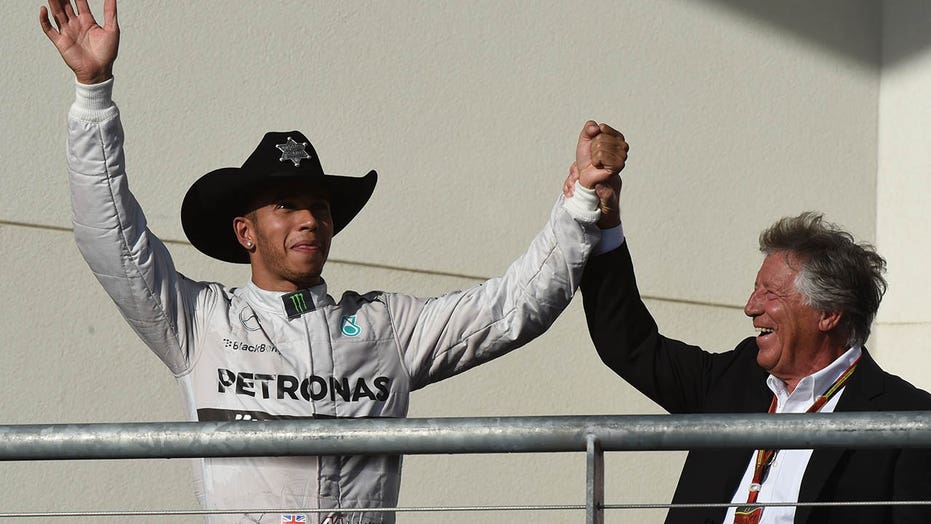 Six-time Formula One Champion Lewis Hamilton, the only Black driver in the racing series, has slammed legendary racers Mario Andretti and Jackie Stewart for comments they recently made about diversity in the sport.

During an interview with Chilean newspaper El Mercurio, 1978 F1 champion Andretti, 80, said he wished politics weren’t getting mixed, that NASCAR’s response to a noose being found in Bubba Wallace’s garage at Talladega was “disproportionate” and that Lewis Hamilton was “creating a problem that doesn’t exist” in F1 by kneeling before races and supporting Black Lives Matter.

"I don't know what's wrong. Yes, maybe there is little diversity, but it's not because they are discriminated against. That's the point," Andretti said.

Andretti celebrated with Hamilton after the British driver's win at the United States Formula One Grand Prix in 2014. (MARK RALSTON/AFP via Getty Images)

Hamilton responded on Instagram, according to Sky News, writing that "this is disappointing but unfortunately a reality that some of the older generation who still have a voice today cannot get out of their own way and acknowledge there is a problem. Again, this is plain ignorance but that will not stop me from continuing to push for change.

"It is never too late to learn and I hope that this man who I've always had respect for can take the time to educate himself."

Hamilton then added a link to an interview with Jackie Stewart where the 81-year-old three-time champion said of Hamilton that "he's quite vocal about these elements, I don't think there's as big a problem as there might seem.”

Andretti and Stewart have not yet commented on Hamilton’s posts.