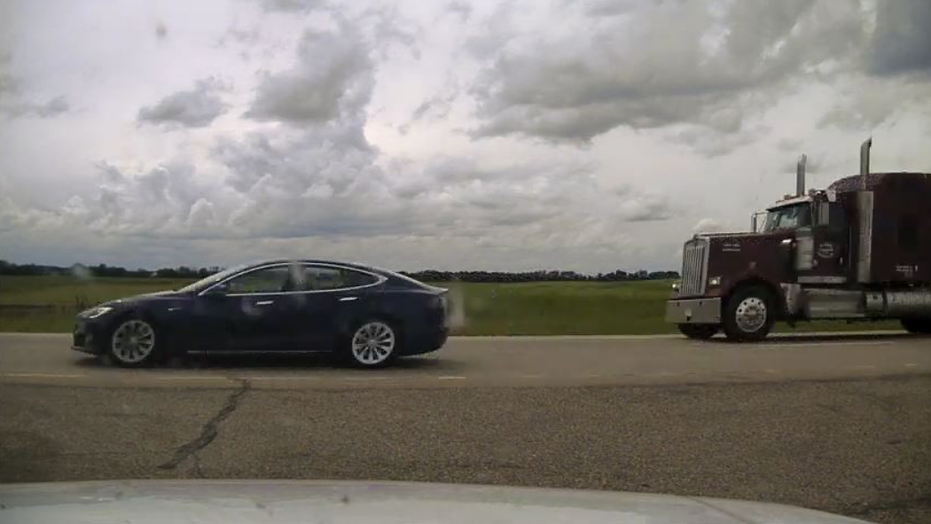 A Canadian man has been charged after he was found asleep at the wheel of a "self-driving" Tesla traveling over 93 mph down a highway in the province of Alberta, authorities said on Thursday.

The July 9 incident occurred after authorities received a complaint that a Model S Tesla was speeding on a highway near the town of Ponoka, located about 60 miles south of Edmonton, according to a release by Alberta Royal Canadian Mounted police (RCMP).

“The car appeared to be self-driving, traveling over 140km/h, with both front seats completely reclined and both occupants appearing to be asleep,” the RCMP said in a statement.

Police said that after a responding officer flashed emergency lights on their vehicle, the Tesla "automatically began to accelerate," and sped up to "exactly 150 km/h."

The driver, a male, 20, from British Columbia, was charged with speeding and given a 24-hour license suspension for fatigue.

After further investigation, the man was also charged with dangerous driving and he was served a summons to appear in court in December, the RCMP said.

Last month, a North Carolina doctor’s Tesla operating on Autopilot crashed into a police car as he was watching a movie on his cellphone.

Tesla’s Autopilot and “Full Self-Driving” systems have the capability to steer a car within a lane and avoid some obstacles, however, they require the driver to show they are attentive by touching the steering wheel, reports said.

"Although manufacturers of new vehicles have built-in safeguards to prevent drivers from taking advantage of the new safety systems in vehicles, those systems are just that -- supplemental safety systems," said Superintendent Gary Graham of Alberta RCMP Traffic Services. "They are not self-driving systems, they still come with the responsibility of driving."