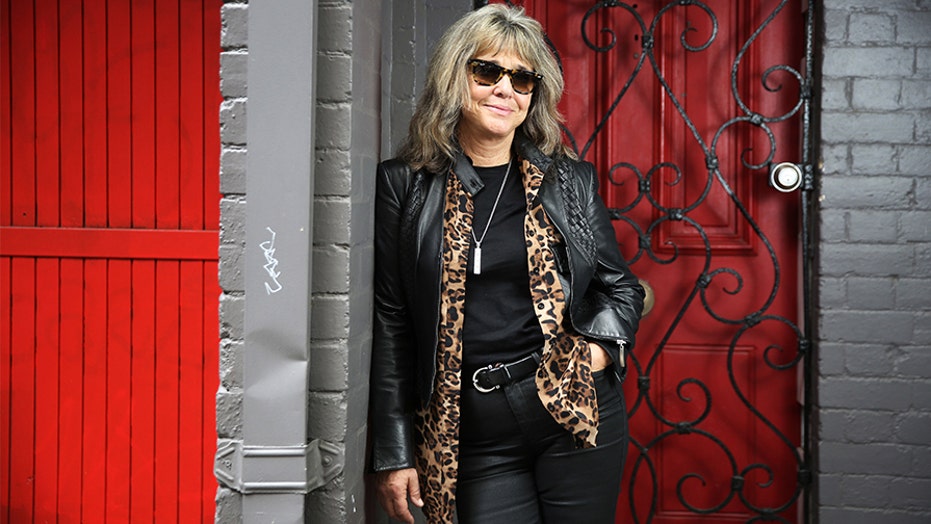 The ‘70s rock pioneer is the subject of a new documentary titled “Suzi Q,” which chronicles her rise to stardom and all the unlikely twists and turns it took along the way. In the film, audiences will discover how the now-70-year-old became a huge star in the U.K. but struggled to be accepted in the U.S. as a woman who wanted to play alongside the guys on stage. The singer/songwriter went on to influence many notable stars, including Joan Jett, Debbie Harry, the Go-Go’s Kathy Valentine and Talking Heads’ Tina Weymouth — just to name a few.

Quatro spoke to Fox News about why she chose to speak out in the film, how Elvis Presley forever changed her life, her favorite memory playing Leather Tuscadero on “Happy Days” and why she refused to be tempted by the rock ’n’ roll lifestyle.

PLAYBOY MODEL VICTORIA VALENTINO ON SPEAKING OUT AGAINST BILL COSBY: 'IT WAS ABSOLUTELY LIBERATING’

Fox News: What compelled you to participate in a documentary about your life?
Suzi Quatro: I think I always wanted to do it. I’m a big believer in keeping the record straight. And if you watch the film, you’ll see that I’m an honest, no bulls--- kind of person. And it’s been a long career now… Nobody’s life is perfect. And I wasn’t interested in doing a documentary that was just all based on compliments. That’s not me. I wanted my story to be told in its entirety.

Fox News: How much of an impact did Elvis Presley have on your career?
Quatro: Huge. He’s had a major impact all throughout my life. I remember the very first time I realized it was when I was watching “The Ed Sullivan Show.” I remember it like it was yesterday. I was only six my sister was nine years older. I remember she was watching and just screaming. And certain things in your life stand out forever in your mind.

I remember looking at her and thinking, “What is she screaming for?” I was just a little girl. So I looked at the TV and I immediately became drawn to it. I had a lightbulb moment at the age of six that this is what I was going to do for the rest of my life. That moment, that image stayed with me my whole life. Elvis has stayed with me my whole life. I just knew at that moment that this was something I needed to do.

Fox News: It sounds like you never felt the need to live that rock ’n’ roll image off the stage.
Quatro: I never have. I guess it’s because I was raised in a musical professional family. The input I got from my father was, “This is your job. This is your profession. So you do it professionally. And this is the job you want. It doesn’t include getting stoned out of your brains and going up on stage high as a kite."

That’s not even in my character. I just go on stage. I do what I do. It comes naturally. And then I’m off. I do kind of separate the two things, although I’m not a lot different. The person you see on stage and the person you see now are similar. We’ve got a lot of ties together. And I think that’s how I’ve survived this business. Otherwise, you either go mad or wind up dead.

Fox News: You played Leather Tuscadero on “Happy Days.” What’s your favorite memory from your time on set?
Quatro: It was all good. I don’t have one bad memory of that show. It was just fantastic. In fact, I’m still in contact with everybody. Henry’s [Winkler] little statement towards the end of the documentary is one of my favorite things from the whole thing. Wasn’t he just a sweetheart? He was just so lovely. I think probably my favorite memory, the one that instantly stands out in my mind, was my very first show. I hadn’t acted before. It was my first time filming in front of a live audience at a huge television show. So I was more than a little nervous, you know?

Suzi Quatro and Henry Winkler on the set of 'Happy Days.' (Photo by Walt Disney Television via Getty Images )

PADMA LAKSHMI GETS POLITICAL ON ‘TASTE THE NATION’: ‘I DON'T THINK WE SHOULD BE THREATENED BY IMMIGRATION’

Henry came up behind me. I was waiting behind the door, ready to make my entrance. This would have been me for the first time as Leather Tuscadero. He’s talking to me and says, “How do you feel?” I said, “I’m a little bit nervous.” And he goes, “Don’t worry about it, you’re going to be great.” And then he goes, “You’re on!”

So I immediately went, opened the door, and sauntered over to where my spot was to speak. All of sudden, I heard someone say, “Excuse me, Ms. Quatro. What are you doing here?” I go, “I’m on.” And I was told, “No, you’ve got another page!” It was as if somebody threw cold water in my face. So I went back and Henry was on the floor. He sent me out on purpose, that little s---. But I’ll tell you, he did me a big favor. He said, “Now, what else can go wrong? Go and enjoy yourself!”

Fox News: Leather is actually your signature look, but it sounded like you were hesitant to wear it early on in your career?
Quatro: I got my first leather jacket when I was 18 years. I’ve always had a thing for it. It all goes back to Elvis. His comeback special did it for me… As for that jumpsuit, I thought it was a wonderful idea. Because I am not a gentle person on stage. I leap and run all over the place. I just thought it was a logical, sensible outfit for me.

BILL NYE 'THE SCIENCE GUY' REVEALS FUNNY ENCOUNTERS WITH FANS, HOW MANY BOW TIES HE OWNS

But when I saw that photo for the first time, I thought, “Oh.” Because I honestly didn’t think it was going to be sexy. Isn’t that the stupidest thing you’ve ever heard in your life? But I honestly did not. I didn’t even think about it until I saw that photo for the first time and thought, “Oh dear.” Because I wasn’t playing the sexual card. I didn’t see it that way in my head. I just thought it was a cool outfit that made sense for me on stage.

Fox News: What do you think is taking so long for you to be inducted into the Rock & Roll Hall of Fame?
Quatro: Oh my God, who knows? It’s a no brainer. I will never get it. I just don’t get it. I don’t know the reasons. And the facts are facts. You can’t rewrite history. I don’t have an answer for that but I hope they will in the future.

Fox News: Did it surprise you that your music was well received so quickly in Europe?
Quatro: I don’t know what you call quickly. I was in bands from the age of 14 in America. I came over to England when I was 21. Then took 18 months for me to have my first hit. So it wasn’t overnight. I was unusual then I’m unusual now.

Suzi Quatro and her band in the U.K. (Photo by Tim Graham/Evening Standard/Getty Images)

There wasn’t any niche for me to fit into. Where did I belong? I didn’t belong anywhere. I had to find my way through the world. A big motivation for me was what I refused to change who I was. I never wanted to be anyone else other than myself. And that made me so unusual. Nobody was doing what I was doing, but I refused to change it.

Fox News: How determined were you to prove yourself as an artist, not just a female artist?
Quatro: I’ve always had a thing about that. I never presented myself as a female artist. I was not playing the female card. To me, it was all about the music and putting on a show. I do play the female card if I’m with a bunch of guys - which I am most of the time because there were hardly any girl musicians - and they go out of order, cross that line of respect, like if they’re being a little bit too crude. I don’t like that. Then I will pull the female card and say, “Excuse me.”

But when it came to my music, gender just didn’t exist. Even when I first started having success, I wouldn’t even wear makeup on TV shows. I insisted that [people] didn’t look at me as a woman sex symbol. I wanted to be taken seriously as a musician. Take me as I am. You needed that non-gender type of personality, which I have, and it’s not threatening. And I’m not a big girl. I’m not big busted and all that. So it’s not like other girls would get angry, you know? They wouldn’t get jealous of me. They wanted to be me. It someone like me to break it through. For me, it was just about the music.

Fox News: How does it feel to know you’ve inspired so many women to take up an instrument?
Quatro: It humbles me. Every woman who has come up to me has shared a story about how they’ve done that after seeing me perform. It’s a wonderful feeling. It’s nice to know I’ve inspired so many women. It’s not an easy job to do this. You have to give up everything. And if you’re going to do it properly, you have to be totally focused. No distractions, no temptations. And I gave up a lot. But the rewards are terrific.

Fox News: What has kept you going?
Quatro: I adore entertaining. That’s a big thing for me. That’s why I go on the road I don’t need the money… I’m still making music and selling out everywhere. I’ve still got a lot to say. That’s the thing - I’m not done yet. I’ve always said this: I will hang up my suit when I go on stage, turn around and shake my a— at the audience and there’s silence. It hasn’t happened yet.

Fox News: What do you hope audiences will get from this documentary?
Quatro: I hope they’ll get to know me completely. I hope they get the heart and soul of me. This is me putting the record straight. This is a story of a real person who came from Detroit with a dream. And that person had to overcome so many obstacles. There wasn’t even a place in the music business for me. That place didn’t exist. I didn’t have a blueprint. But I did it anyway.