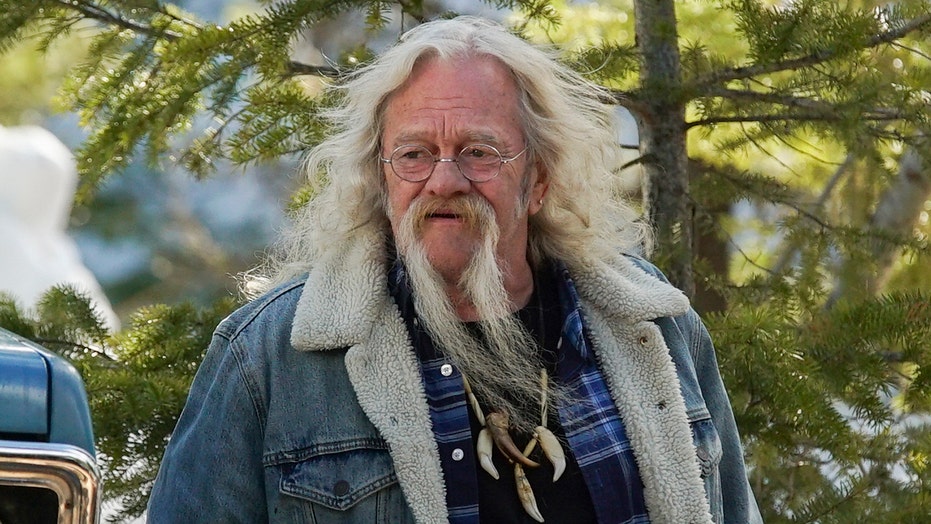 Billy Brown was able to spend some time with his youngest grandson before his death.

The star of "Alaskan Bush People" and beloved patriarch passed away on Feb. 7 at age 68 after suffering a seizure.

On Wednesday, Bear Brown, one of his seven children, took to his private Instagram account where he paid tribute to his later father, People magazine reported.

"I’m glad My Dad got to meet my son, his grandson," the 33-year-old captioned two photos of his 11-month-old son River, whom he shares with Raiven Adams.

"I will always remember the twinkle in his eyes when he held him!" wrote Bear. "Hold tight to your loved ones. You never know when it’s the last moment you’ll get with them."

Billy Brown of 'Alaska Bush People' has died at the age of 68. (Discovery)

"We are devastated to hear of Billy Brown’s sudden passing. He has been part of the Discovery family for years - a trailblazer, a lovely man and most definitely one of a kind," the statement read. "Our heart is with his family and those that knew him and loved him as they deal with this devastating loss."

Brown appeared in the show's first eight seasons as the father of the self-sufficient live-off-the-land family alongside his wife, Ami, per IMDb.

Bear also addressed the death on his Instagram account where he confirmed Brown died after suffering a seizure, People magazine reported.

"We are heartbroken to announce that our beloved patriarch Billy Brown passed away last night after suffering from a seizure," read the caption, per the outlet. "He was our best friend — a wonderful and loving dad, granddad and husband and he will be dearly missed."

"He lived his life on his terms, off the grid and off the land and taught us to live like that as well," Bear added. "We plan to honor his legacy going forward, and to continue with his dream. We ask for privacy and prayers during this painful time. God Bless Everyone!"

In 2017, the Brown family relocated to Washington after Ami, 57, was diagnosed with lung cancer so that she could receive treatment.

According to the outlet, they moved to a 435-acre property in the North Cascade Mountains. In 2018, she was told that she was cancer-free.

The diagnosis came after a handful of strange symptoms, as Ami told People at the time.

"I had some pain in my back," she said. "Walking from the house to the garden, I would get winded. There were days I was just bedridden, but I just thought it was my arthritis. We were filming the show and at times it was all I could do to just stand there — I was in so much pain."

Billy and Ami Brown tied the knot in 1979. They remained together until his death. (Discovery)

She continued: "When we were shooting promo shots I told them, 'There's something wrong.' In December [2016] I went to the dentist to get impressions made for new teeth and when they did a scan they noticed a little capsule. That's how this all started."