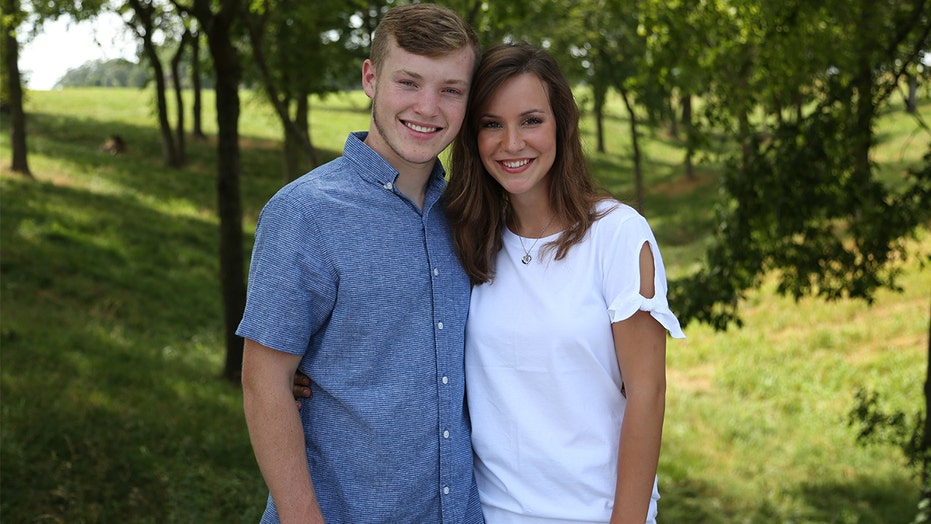 "Counting On" star Justin Duggar has some big news to reveal: he has entered into a courtship with Claire Spivey.

TLC, the network behind the show, recently posted a video of the pair speaking about the courtship.

"Claire and I are excited to share that we are in a courtship,” Justin, 17, said.

In the video, Claire explains that their families have known each other for over 20 years, but they didn't connect until last year.

"God brought Claire in my life and I wasn’t really expecting it, but he brought her along right when I needed her."

He added: "And ever since then, I knew she was the one."

As for what Claire really adores about Justin? "Something I really admire in Justin is how serious-minded he is, but his ability to have fun and to just see the bright side of things no matter what," she explained. "He always looks for the best in people and I want to be more like him every day."

Meanwhile, Justin, who is the 14th Duggar kid, praised how Claire "has a lot of good qualities."

“I’m really looking forward to the memories to come," adds Claire, noting that she's excited "to see what the Lord holds for" the couple "in the near future."

According to TLC, Claire also comes from a large family. She is the eldest of six.

The official Instagram account for the Duggar family also shared the news on Monday, writing: "Congratulations on your relationship, Justin and Claire!"

"When Justin couldn’t stop talking about what a great girl Claire was, we knew it was only a matter of time before he would make it official!☺️" the statement continued. "We are excited for them as they follow the Lord and find out what He has in store for their lives during this courtship! We have loved getting to know Claire and her family better over the last year, and we think the world of them!"

In a 2013 interview with People magazine, Justin's father, Jim Bob Duggar, explained a courtship versus dating.

"Courting is getting to know each other in a group setting, both families spending time together and the couple setting goals together to determine if they are meant to marry," he told the outlet. "With dating, a couple will often pair off alone and that sometimes leads to a more physical relationship."

Per Justin, the pair's journey will be featured on "Counting On," which airs Tuesday at 9 p.m. EST on TLC.