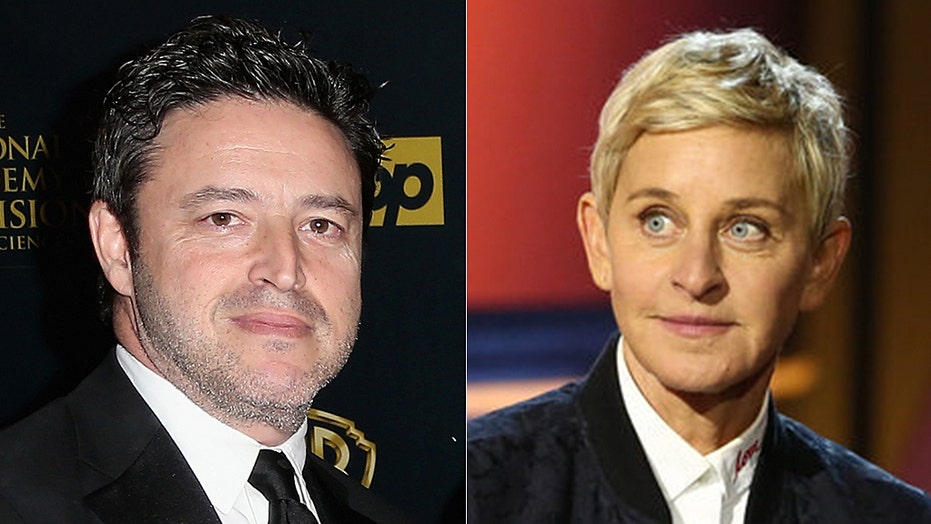 Andy Lassner, one of the longtime executive producers of "The Ellen DeGeneres Show," spoke to fans directly about the toxic workplace allegations recently made against the daytime show.

On Sunday, the Emmy-winner, 53, took to Instagram to confirm that he's coming back to the show.

“Oh look who it is. If it isn’t Andy Lassner,” he said."Well, yes it is. Your eyes do not deceive you. I'm back. I've been away for a little bit, dealing with – you know, some stuff. You may have read about it."

"It's been a couple of rough months. But it's when we go through these things, I guess, when we learn the most about ourselves, and maybe even some growth," Lassner continued. "But to tell you it hasn't been rough would be a lie, and I've always been honest with you. It's been rough. But I'm back."

He signed off, “I love you guys, I miss you and I’ll talk to you soon.”

Former and current employees at the show alleged top brass fostered a toxic work environment based on bullying and fear. Sexual misconduct allegations followed news of the investigation.

A spokesperson for Warner Bros. confirmed to Fox News in August that executive producers Ed Glavin and Kevin Leman and co-executive producer Jonathan Norman "have parted ways with" the show.

Lassner, Mary Connelly and Derek Westervelt are to remain as producers alongside Ellen DeGeneres. The show's resident DJ Stephen "Twitch" Boss was also promoted to co-EP.

According to People magazine, DeGeneres told the staff that the allegations she had read were “heartbreaking" and was emotional and apologetic while speaking.

"I’m a multi-layered person, and I try to be the best person I can be and I try to learn from my mistakes," the 62-year-old said.

Another source said DeGeneres didn't take any questions but promised the daytime talk show is going to “come back strong” for its 18th season, which was pushed back to Sept. 14. “This will be the best season we’ve ever had,” she said.

Both Leman and Norman have denied the allegations, while Glavin has not responded to Fox News' previous request for comment.

In a previous statement to Fox News Leman's attorney, Michael Plonsker, said: "The fact that a deeply flawed BuzzFeed article has led to the termination of an innocent man – a popular figure and a creative force behind the 'Ellen' show and a string of other projects produced with Ellen – is shocking. Kevin is devastated by being scapegoated and is not yet ready to comment.”