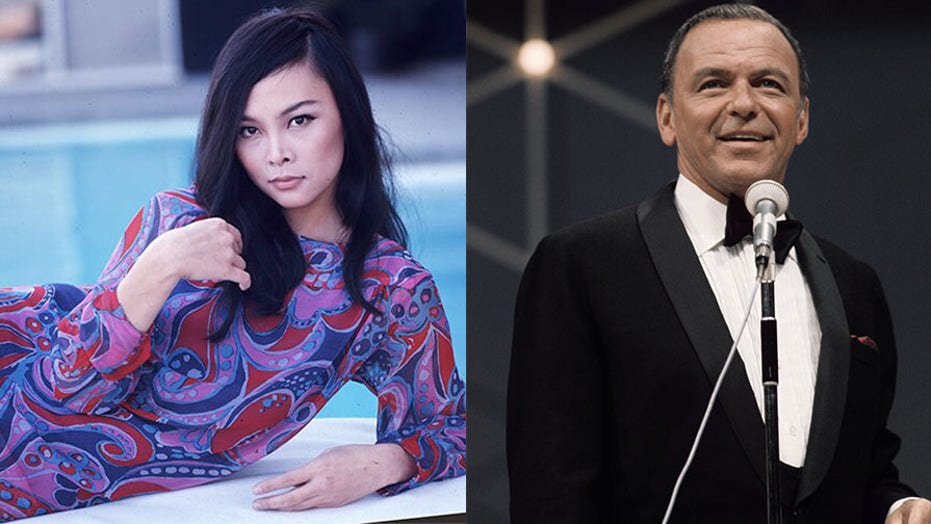 As a self-proclaimed meditating vegetarian hippie, Irene Tsu didn’t seem like an ideal match for Frank Sinatra – but it was exactly what he needed at the time.

The actress recently published a memoir titled “A Water Color Dream: The Many Lives of Irene Tsu,” which chronicles her rise in Hollywood while helping to break barriers for Asian Americans. In the book, she recalled working alongside several stars, including John Wayne, Doris Day and Jimmy Stewart.

The 75-year-old claimed she had “a passionate and adventurous” two-year relationship with the Chairman of the Board. Tsu said she first met Sinatra, then in his 50s, at a Miami hotel during the late ‘60s. Tsu was in her 20s and in town to film a commercial. The starlet was invited by her manager to attend a lunch where she could make connections to further boost her career.

“I remember this long table with maybe eight or nine people,” she recalled to Fox News. “I was really surprised I wasn’t expecting that. And then you heard the voice. You didn’t even have to look up to know it was Sinatra’s. The voice just commanded the room. And I didn’t want to look for him. I felt like I wasn’t allowed and I didn’t want him to catch me staring!”

The young Chinese-American actress Irene Tsu, circa 1967 in Hollywood. (Photo by Vittoriano Rastelli/Corbis via Getty Images)

SUZANNE SOMERS AND HUSBAND ALAN HAMEL REFLECT ON THEIR DECADES-LONG MARRIAGE IN HOLLYWOOD: ‘HE TURNS ME ON’

Tsu admitted she had no idea if Sinatra ever noticed her that day. However, they would meet again at a private club in Beverly Hills about a month later. And this time, there was no question he spotted her.

“He had the most incredible blue eyes I’ve ever seen,” she said. “You just got lost in them. He was so relaxed and charismatic. You just became captivated by him.”

According to Tsu, she later received a call from a restaurateur who simply told her: “You’re having dinner here with Frank tonight. 7:30. Be on time. He’s very punctual.”

“I went shopping like crazy,” Tsu chuckled. “I had no idea what to wear. I was so nervous.”

'70S ROCK PIONEER SUZI QUATRO SAYS SHE WAS NEVER TEMPTED BY FAME: 'YOU EITHER GO MAD OR WIND UP DEAD'

Singer and actor Frank Sinatra performs on the television special 'Francis Albert Sinatra Does His Thing' on August 15, 1968. (Photo by Martin Mills/Getty Images)

DENNIS QUAID, 66, AND LAURA SAVOIE, 27, CREDIT CHRISTIAN FAITH TO BEING THEIR ‘GREATEST SOURCE OF STRENGTH’

Once Tsu was finally dressed, her phone rang. It was Sinatra.

“He said, ‘Baby, I don’t know if you heard, but my divorce has been announced and there’s paparazzi all over my property. I’m heading out to the desert. I want you to come with me.’ That’s how it started.”

Sinatra and his third wife, actress Mia Farrow, divorced in 1968. Tsu claimed the singer wasted no time in their relationship.

“It was a magical weekend,” she recalled. “He put me in the Pink Room [of his house], which was Mia’s. He told me, ‘If you don’t like the color we can change it. Pick any color you want.’ So I did – a buttercup yellow.”

There was about a 30-year age gap between the two – and the difference quickly showed.

“We would go to the most expensive restaurants and here I was ordering a carrot,” she laughed. “And if you were Frank Sinatra, no one would dare come near you. He was very political and I was not at all savvy about that. So we didn’t really have a lot of deep discussions. He lived with a lot of tension and had insomnia."

"And he didn’t really like his women to work," she claimed. "He would say, ‘I could give you anything. You want a car? A house? Jewelry? Just tell me what you want.’ But that wasn’t really me. I was perfectly content with my bicycle and working. It was too restrictive for me.”

Tsu said she always knew the whirlwind romance wouldn’t last forever because of the age difference. However, she enjoyed their time, which she described as one filled with laugher. She described Sinatra as a man who loved hosting dinner parties for his closest friends when he wasn’t on stage and playing crossword puzzles.

When they finally parted, she insisted it was on friendly terms. Tsu went on to marry Hungarian film director Ivan Nagy in 1971.

“I got a call from Frank one day and he said, ‘If you don’t tell me what you want as a wedding present you’re going to get a Ming vase,’” she recalled. “I said, ‘No Ming vase! But I could use a washer/dryer actually.’ He laughed so much. He said, ‘What are you going to do, open a Chinese laundry?’ But I got it. I remember the washer/dryer came with a note that said, ‘All the happiness to you and no starch.’ It was a good washer/dryer actually. I kept it for a long time.”

The young Chinese-American actress Irene Tsu in Hollywood, circa 1967. (Photo by Vittoriano Rastelli/Corbis via Getty Images)

Sinatra went on to marry his fourth and final wife Barbara Sinatra in 1976. They remained together until his death in 1998 at age 82.

Tsu has kept busy over the years appearing in film and television, as well as pursuing art and design. When she thinks of Sinatra today, Tsu said laughter immediately comes to mind.

“It was hard not to be captivated by Frank,” she said. “And when you were with him, you were going to have a good time.”