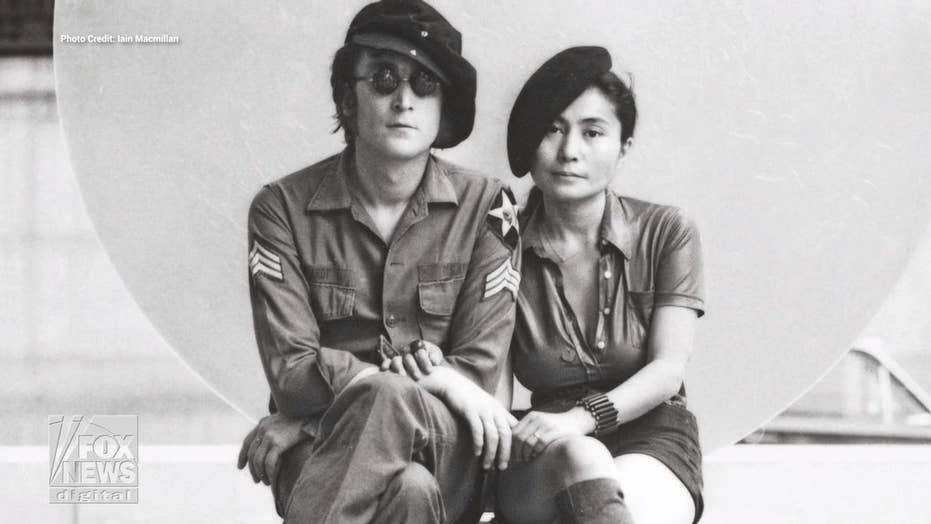 Director Michael Epstein utilizes never-before-seen footage to tell the fascinating untold story of one of the most famous couples of all time.

NEW YORK – A new documentary is peeling back the curtain on the untold story of John Lennon's 1971 album, "Imagine."

In "John & Yoko: Above Us Only Sky," fans will be able to learn more about Lennon and wife Yoko Ono, as well as how the intensely private couple leaned on each other personally and professionally while making the groundbreaking record.

Emmy winner Michael Epstein directs the film -- which premiered on A&E in March -- with a focus on what he calls a "pivotal year" in Lennon's life.

JOHN LENNON WAS ‘ABSOLUTELY DEVASTATED’ OF LOSING HIS MOTHER IN A TRAGIC ROAD ACCIDENT, BOOK REVEALS

"It's a year just after the Beatles have broken up. And just before [John's] going to move to the United States. The film does touch on why John loved [Yoko] and what their union was. And why Yoko saved John," Epstein explained to Fox News.

"It was more than just a love affair," he added. "You know they were artists who worked together and I think John was able to find his voice through Yoko. She helped him fully realize himself as an artist and I know that a lot of Beatles fans ... hate that notion the idea that she took him from us."

According to Epstein, work on the film started "with a phone call from Yoko" who revealed she and others wanted to "open the vaults" and rerelease the music. Epstein described how Ono, now 86 years old, wanted the public to "get a chance to see John" again.

Epstein said he had to sift through hundreds and hundreds of hours of raw footage and home movies that contained everything from "John sitting on the toilet" to "this very quiet experimental film that he made that I'd heard rumors about for years."

While looking through all the footage, Epstein said he discovered a "quietness to John."

Epstein hopes the audience takes away the same understanding.

"John & Yoko: Above Us Only Sky" is available to stream on Netflix and is also available on DVD and Blu-ray now.