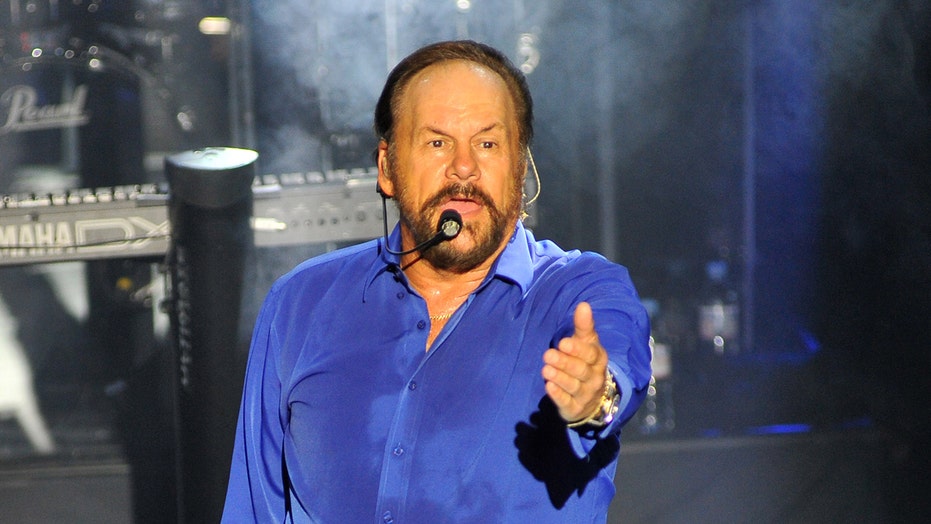 EXCLUSIVE: KC and the Sunshine Band is lending a little pick-me-up to music fans in a time filled with wild uncertainty.

The disco-funk cohort led by legendary frontman Harry Wayne "KC" Casey has produced hit after hit since the 1970s which has garnered the group more than 100 million in worldwide record sales, and even more on digital streaming platforms.

The first group since the Beatles in 1964 to shell out four No. 1 pop songs in a single year in 1975 – three of which crossed over to become No. 1 R&B records – the 15-member band is responsible for mega-hits including “Get Down Tonight (1975),” “Boogie Shoes (1975)” and “That’s The Way,” in addition to countless other anthems guaranteed to make you move and groove, even during a global pandemic.

MIRANDA LAMBERT CELEBRATES HER FIRST NO. 1 SOLO SONG IN YEARS WITH 'BLUEBIRD'

KC spoke with Fox News about the band’s newest single -- a rendition of Jackie DeShannon’s  “Put A Little Love in Your Heart” --  which he said he was inspired to record in Dec. 2012 following the tragic Sandy Hook Elementary School shooting that claimed the lives of 28 and injured two others.

“You know, it's interesting. The song came about in my head back in 2012 when the tragic Sandy Hook shootings happened and we were on tour somewhere and that night I just felt compelled to do this song because I felt like everyone needed to hear about love that night,” KC explained. “So, I started doing it at my show, and then about three years ago, I recorded an album called 'Feeling You! The 60's' and I added the song to my album.”

Although the song was a late addition and appears as the last recording on the 2015 album, KC said the song has recently taken on a life of its own in times of great doubt fueled by the COVID-19 pandemic, the ever-changing social climate and calls to combat racial and police injustice.

“When all this started up, I was sitting at my computer one night. I was just getting overwhelmed by all the unrest and the protests and everything that was going on along with the pandemic and I just started lip-syncing for the song on my phone and doing this video of it,” he continued. “And I put that on my page because I just felt, you know, we need more love in our hearts. And that's what we really need these days."

"And I just got such a response, not only from my friends and family but just from people within the industry and how much it had moved them and touched them," he added. "So I felt that I needed to do more and to release it nationally and get as much exposure with the song as possible. And the message.”

The 69-year-old, who was raised in the Pentecostal church, said the pandemic, like many other musicians, threw him for a loop in the sense that he’d grown accustomed to being on the road “70 percent of [his] life.”

“It's been very interesting for me because I'm used to being on the go. I'm used to be on a plane every Friday or Thursday and coming back home on Sunday or Monday,” KC said. “And [I’m used] to being somewhere else in this world other than where I live 70 percent of my life. So it's very interesting to just be, like not doing anything.”

He added that because of the work stoppage in the music industry, he’s been creating new ideas given the amount of time he now has – but said he isn’t used to being so idle. “It's an interesting process I'm dealing with.”

The layoff has provided KC and the Sunshine Band more time to finish up what he said is a 52-song project that has been in the works for the better part of eight years.

“I was getting ready to start releasing 52 songs that I've recorded in the last eight years and the majority of it is up-tempo, but there's various, there are some tender moments, I would say, during the project that occurred,” he explained of the lofty venture. “And it was all supposed to start on May the 1st. And then this all started to hit and kind of derailed it a little bit."

"So right now, we're in the process of just getting all the artwork together and what we're going to do is release seven songs every month on an E.P. – which are all the colors of the rainbow until they all come together as one three-set volume or the three-set disc with the final artwork being the rainbow."

The four-time Grammy winner said he and his team are now reassessing the appropriate time to drop the release, but added: “that's the near-feature plan.” 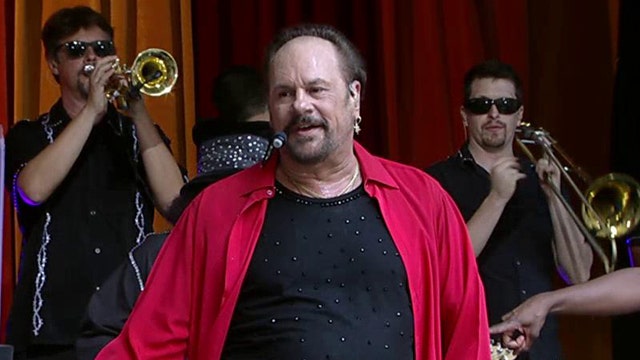 The group’s third studio album, “Part 3,” released in Oct. 1976 saw triple-platinum success in the years since its debut. When asked what specific releases he felt set the Sunshine Band apart from other cohorts, KC said he simply tried to create upbeat tunes that moved the soul.

“That’s an interesting question. I mean, I think from the very beginning, the whole concept is what I was trying to do because I felt music had gotten really dark and I felt as a person who always loved up-tempo music and I loved to dance – my mother loved to dance and I was always around music and growing up to the Pentecostal church – I just felt like music needed energy,” he explained.

“So I set out to make these albums with all up-tempo music on it from side A to side B to try to bring life and energy back into music and back into people's lives instead of placing two up-tempo songs and the rest are ballads and stuff like that.”

Added the Grammy-winner for inclusion on the “Saturday Night Fever (1977)” soundtrack from The Bee Gees which featured the likes of Kool & The Gang’s “Open Sesame” and KC and the Sunshine Band’s “Boogie Shoes”: “That was the initial message and I did that pretty much on every album up until I did 'Please Don't Go (2006).' And that was just also to show that there was a little bit more depth to me other than just 'shaking your booty' [Shake, Shake, Shake,’ 1976].”

Pressed on whether he believes there will ever be another film soundtrack as energetic as the now-iconic “Saturday Night Fever” which was obviously helped by the immense success of the John Travolta-led film, while KC said it’s difficult to say – he pointed to one recent showing that made similar waves in its own right.

“That's a good question because there hasn't been one really that I know of that's made that kind of impact other than maybe close to that would have been recently the soundtrack to 'The Greatest Showman,' but who knows?” he said of the Grammy-winning compilation that also saw an Oscar nomination in 2018.

“I mean, at the time 'Saturday Night Fever' was being done, it was just going be a soundtrack to a movie and no one had any idea that the movie would become so iconic and the music would be as iconic as the movie or even more,” KC maintained. “So, you just never know anymore what's going to happen out there. So many things are happening and changing constantly. So I would assume if it can happen once, it can happen twice, but that's still to be seen.”