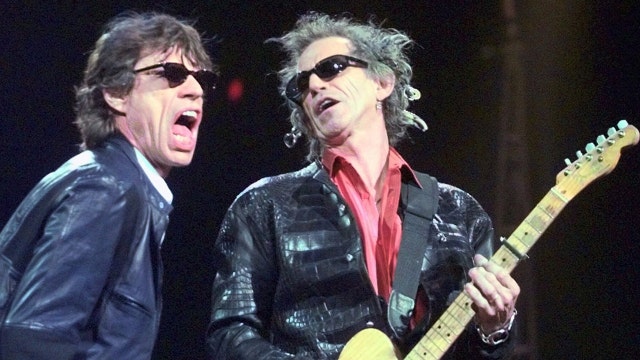 New music from The Rolling Stones

Keith Richards, as famous for his hedonism as he is for his guitar riffs, is sober.

Richards clarified that he isn't a teetotaler and that he occasionally will have a glass of wine or a beer, but nothing to excess.

The "Gimme Shelter" rocker admitted that it's been an adjustment, but said, "I don't notice any difference really — except for I don't drink. I wasn't feeling [right]. I've done it. I didn't want that anymore."

Fellow Rolling Stone Ronnie Wood, who got sober in 2010, is thrilled for Richards' progress.

"It just wasn't working anymore, you know? I think the Keith that we used to know and love had this cutoff point where if he had one more, he'd go over the top and he'd be nasty," Wood, 71, said. "The cutoff point became shorter and shorter, you know, and he realized that."

Wood added of the newly sober Richards, "He's a pleasure to work with, much more mellow. He's open to more ideas, whereas before I'd kind of grit my teeth and go, 'He's gonna give me some s—t for saying this.' Now, he'll say, 'That's cool, man.' "

"We're weaving [guitar parts] a lot more conscientiously now," Woo added. "We're much more aware of the gaps and the spaces between. We're in our seventies, but we're still rocking like we’re 40-year-olds, you know?"

Wood's own sobriety helped him cope with a series of recent major events in his life, including the birth of twin daughters Gracie and Alice in 2016 and a cancer scare earlier this year.

"I was lucky to get on the wagon when I did and was ready for all the stuff that came at me, cancer and all that. Luckily it was all in one place and I had it removed. I got my life again — I got a second chance and my little girls, and my whole life now is so much better," he said. "I think Keith is seeing that kind of thing as well. And then he went on to the beers for a while, he cut down slowly, and now, you know, good luck to him. If he's gonna keep it up, I'll be there, full support."