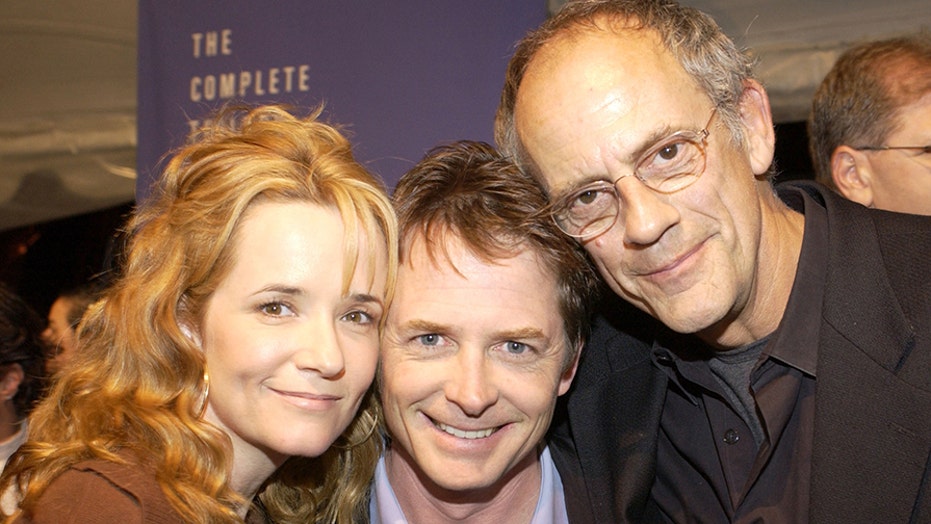 Lea Thompson left the set of “Back to the Future Part II” with an unforgettable souvenir.

In honor of the film’s 35th anniversary, as well as the release of “Back to the Future: The Ultimate Trilogy,” the actress admitted she took her prosthetic breasts home after filming was completed.

“From ‘Back to the Future Part II,’ I took my prosthetic breasts,” the 59-year-old told People magazine on Wednesday.

“I didn’t want [them] to fall into the wrong hands, because it’s actually a cast of my actual breasts inside,” she continued. “So I was like, ‘I’ll take those, thank you very much.’ But they got really smelly because they were latex and I threw them away.”

According to the outlet, Thompson wore the artificial piece in the 1989 time-traveling sequel after her character Lorraine was forced to get implants when she married Biff Tannen (Thomas F. Wilson) within the 1985 alternative timeline.

The trilogy is based on how Marty McFly (Michael J. Fox) and his eccentric scientist pal Doctor Emmett Brown (Christopher Lloyd) use a DeLorean time machine to travel through different periods throughout the history of their California town.

Thompson, who appeared in all three films within the series, told the outlet that she has fond memories of her time bringing them to life.

“I feel like I’ve had such a great life and a great career,” she said. “And I’m happy that the thing that I’m most known for is such a great movie that’s had such an effect on people’s lives.”

“Lorraine McFly was such an interesting part, and as an actor, was such an opportunity to show my range,” she shared. “So I feel incredibly blessed.”

Thompson also said the films can still be enjoyed in 2020.

“I think that there are so many levels to the movies that depending upon how old you are what place you are in your life, you can get something different,” she explained. “It could be as simple as like, ‘Woah that car’s cool.’ Or it can be, ‘What a great message to tell my children’ that if you’re like George McFly, and you have the courage to stand up for yourself and the people you love at the right moment, you can change your life and your family’s life.”

MICHAEL J. FOX ADMITS HE’S STRUGGLED WITH OPTIMISM DESPITE BEING KNOWN FOR MAKING ‘LEMONADE OUT OF LEMONS’

Lea Thompson says she's grateful for her time on 'Back to the Future.' (Getty)

Thompson has gone to lead a successful Hollywood career. However, she has no qualms with fans remembering her from “Back to the Future.”

“An artist wants to make an impression and a mark on the world and so what could be better?” she said.