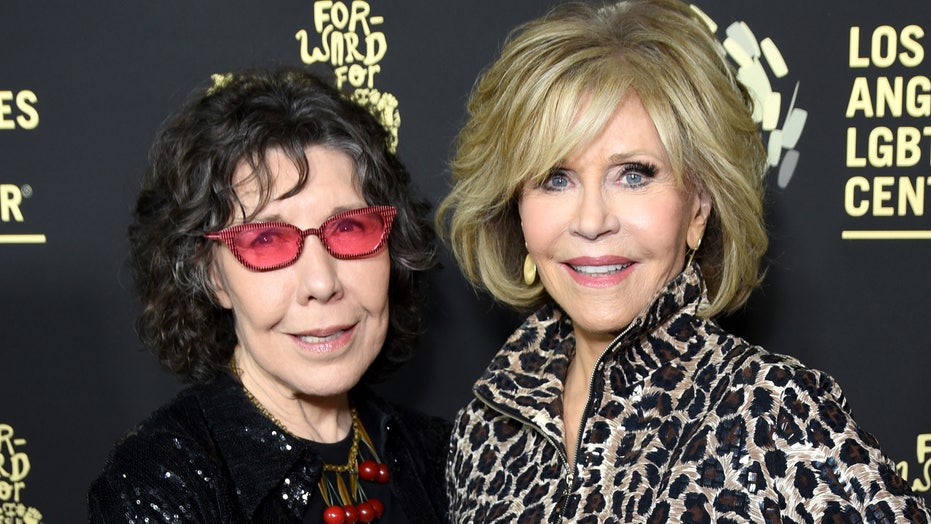 Lily Tomlin has a deep respect for her "Grace and Frankie" co-star Jane Fonda.

The actress, 80, has known Fonda, 82, for decades, appearing onscreen together in 1980's "9 to 5" before reuniting for the Netflix comedy "Grace and Frankie."

In recent weeks, Fonda has been arrested several times, often with famous friends, while leading protests in Washington, D.C.

“I support Jane; Jane is a real toughie,” Tomlin told the New York Times. "... Jane tried to get [Netflix executive] Ted Sarandos to postpone shooting the next season of 'Grace and Frankie' for a year so she could go protest. But instead, she settled on going to D.C. until we had to start shooting again."

Fonda is currently living in D.C., leading protests each Friday to raise awareness of climate change as part of "Fire Drill Fridays." Each week has a different topic such as fossil fuels or how women can affect climate change.

Tomlin herself was arrested on Friday while protesting with Fonda in D.C., though the "Barbarella" star was not arrested, according to Deadline.

DOLLY PARTON SAYS JANE FONDA, LILY TOMLIN HAVE 'DROPPED' THE IDEA OF A '9 TO 5' SEQUEL

".@LilyTomlin was just arrested because forests can’t wait," read the tweet. "To maximize the climate benefit of forests, we must keep more forest landscapes intact, manage forests sustainably, and restore those that we have lost."