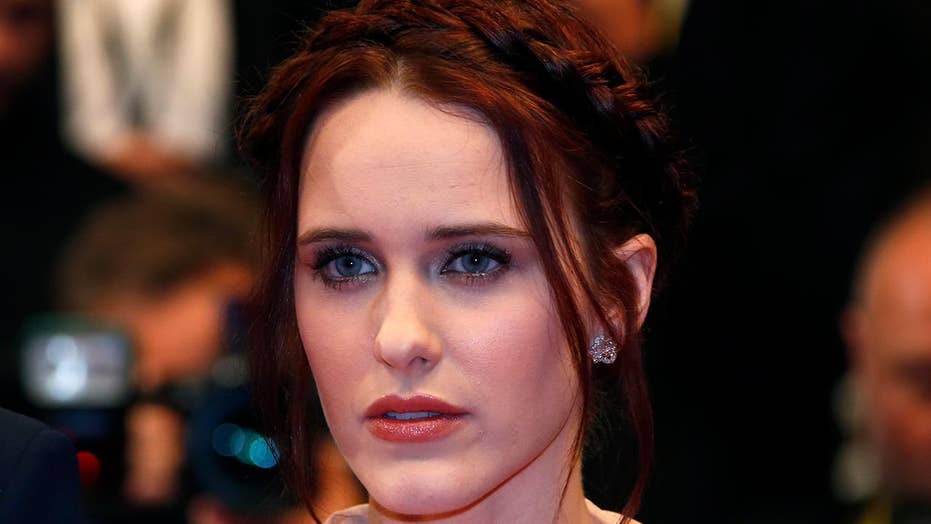 ‘Marvelous Mrs. Maisel’ star Rachel Brosnahan talks about her new Amazon show and how the role of an empowered woman can change perceptions

Rachel Brosnahan was certain she was close to death when she flew to Los Angeles just for the chance to audition for a new gig.

The 26-year-old Wisconsin native, who starred as Rachel Posner in Netflix’s political thriller “House of Cards,” was hoping to nab the role of Miriam Maisel, a 1950s housewife who finds solace in the all-boys club of standup comedy. But she had the flu during her trip to LA, and she believed impressing married team Amy Sherman-Palladino and Daniel Palladino, the creators behind “Gilmore Girls,” would be impossible. However, the actress succeeded, and she’s starring on Amazon’s “The Marvelous Mrs. Maisel” to rave reviews.

Fox News spoke with Brosnahan on taking inspiration from two iconic comedians, how Hollywood can do better and how she survived "the plague."

[SPOILER ALERT: THIS ARTICLE CONTAINS INFORMATION ABOUT THE PLOT OF 'THE MARVELOUS MRS. MAISEL']

Fox News: It looks like Netflix is pulling the plug on ‘House of Cards’ after Season 6. Are you sad to see the show go?
Rachel Brosnahan: It’s a wonderful show with so many incredible talent. And it’s a show that changed my life. It’s a character that I loved dearly. I’m sad to see it go, but they’ve left a beautiful piece of art behind.

Fox News: It’s been said you had ‘the plague’ when you auditioned for the role of Miriam Maisel.
Brosnahan: Yeah! I had come down with what may have been the worst flu I’ve ever had in my life. You know when you have the normal flu, you start to see the light after three-four days?

About 10 days later, I still couldn’t get out of bed, which was horrible. But I rallied way too soon and showed up in LA drenched in sweat, feeling like I was under water. I didn’t want to shake anyone’s hand because I was very contagious. I blacked out for the whole thing. I don’t remember anything. But it must have gone OK because here we are!

Fox News: You studied the works of Phyllis Diller and Joan Rivers, two successful comedians who are no longer with us. Why these two?
Brosnahan: They were pioneers. These were trailblazers. These were women who questioned and challenged what it meant to be a woman at the time when that wasn’t accepted or encouraged. They talked about subjects that were taboo. They were extraordinary.

Fox News: How does this show address what women may be going through today?
Brosnahan: Period pieces hold up a mirror to the world that we live in… But this show is more so about a woman finding her voice. And it is about a woman pursuing standup. And so, I think that through her journey to finding this new voice, you’ll see it explores a lot of the issues and battles that women are still fighting today.

Fox News: Are there enough female comedians being represented today or can Hollywood do better?
Brosnahan: Hollywood can absolutely do better. We can always do better. There are a handful of female comedians who were able to break through, but there are so many more voices out there with so much more to say. I hope to see us continue to do better moving forward.

Fox News: It’s been said you would rather die than get on stage and perform comedy.
Brosnahan: Yes, absolutely. It’s a terrible job. I don’t know why or how people do that. It’s so vulnerable. I can’t imagine putting yourself… out there like that. I bow down to standup comics and they’re insane.

Fox News: How has your character’s confidence impacted you off-camera?
Brosnahan: Hugely! I’m somebody who hasn’t really felt fairly confident in my own life. Obviously, I’ve gone through periods of insecurity and anxiety. But when it comes to my work, that’s something I’ve always struggled with a little bit more, the confidence. It’s something I really care about a lot. I think it’s only natural.

But I’ve never played a woman who is this confident, and I feel it’s important to see that represented today. It’s also been really important for my own growth. I think you always carry a little bit of your character you’ve ever played with you. And I hope I’m able to carry some of Mrs. Maisel with me.

"The Marvelous Mrs. Maisel" is currently available for streaming on Amazon Prime.