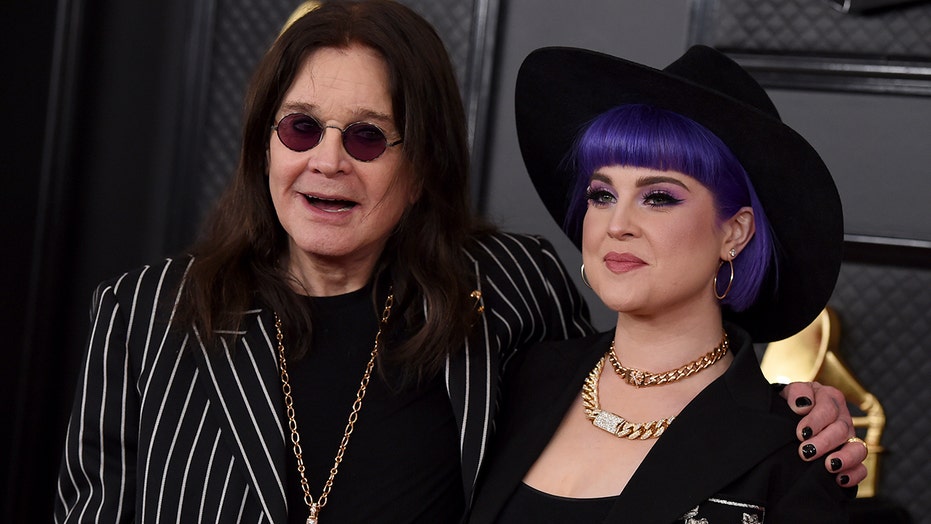 Kelly Osbourne says her relationship with dad Ozzy has only gotten stronger since his Parkinson's disease diagnosis.

The 35-year-old spoke to the Daily Mirror about the metal legend at the Elton John AIDS Foundation Oscars party, where she focused on the positives that have resulted from Ozzy's recent health decline.

"Everyone is acting like it's doomsday but it's not. Life happens and everybody gets dealt a different set of cards and it depends how you play it," Osborne told the outlet.

The Black Sabbath singer revealed on "Good Morning America" last month that he has been diagnosed with Parkinson's disease. The disease is a neurodegenerative disorder that typically develops slowly, although not all patients are affected the same. It can cause tremors, limb rigidity, gait and balance issues as well as slowness of movement.

Kelly added that her dad is doing "incredible" and that the father-daughter duo are stronger than ever before, which she didn't even know was possible.

"We couldn't have got much closer, but we did," Kelly continued. "It's just something we have to deal with."

KELLY OSBOURNE ON WHETHER ‘THE OSBOURNES’ WILL MAKE TV RETURN: 'THIS IS THE CLOSEST WE'VE EVER COME TO ACCEPTING' AN OFFER

The television personality added that Ozzy is not backing down from making public appearances but shared a funny reason as to why he skipped the Oscars on Sunday.

"He was going to come, but then he was like, 'I don't want to get dressed up,'" Kelly admitted to the outlet. "He was at home eating curry and I was thinking, 'I kind of wish I could stay with you right now.'"

In 2019, Ozzy was hit with bronchitis and pneumonia as a result of flu complications. A fall then left him in the hospital for two months. In an interview, he called it the "worst year" of his life.

Following his Parkinson's announcement, Sharon Osbourne shared an uplifting message with her fans and co-hosts on "The Talk."

"I feel very strong. People have been amazing with their outpouring love for my husband, and I thank you."

She continued: "Friends that we haven't spoken to in years have come out and supported Ozzy, and it makes me feel good, and to everyone, thank you."