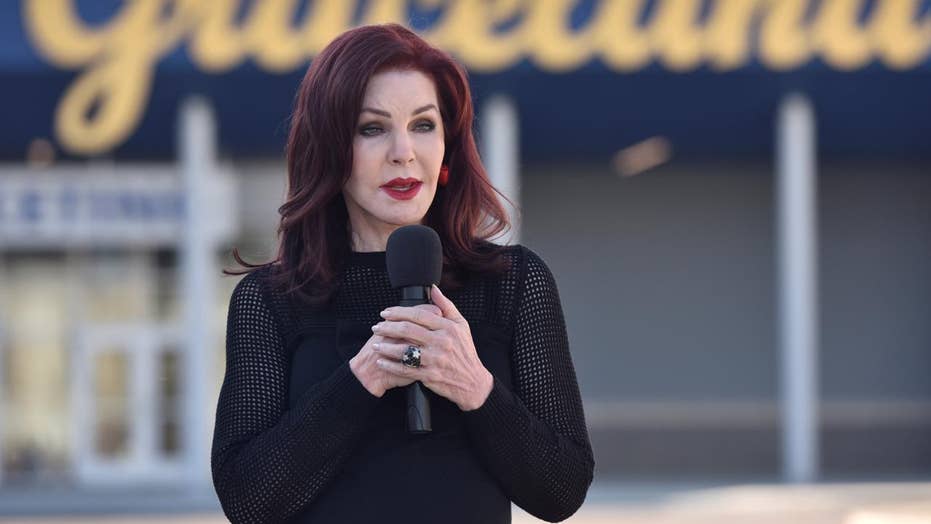 Elvis Presley's former wife, Priscilla Presley, has opened up about the rock star's drug abuse and his 'final chapter' while promoting the new documentary, 'Elvis Presley: The Searcher.'

Elvis Presley's former wife, Priscilla Presley, has opened up about the rock star's drug abuse and his "final chapter" while promoting the new documentary, “Elvis Presley: The Searcher."

During the film's debut at SXSW in Austin, Texas, Elvis' ex-wife spoke openly about the singer's deadly addiction to prescription drugs and his final days.

Priscilla and Elvis on their wedding day. (Reuters)

“It was difficult for all of us, we certainly didn’t see it coming. But we certainly saw the journey he was taking," Presley said of revisiting the memories of her ex-husband. “People go, well, ‘Why didn’t anyone do anything?’ Well, that’s not true. People there in the inner group did, but you did not tell Elvis Presley what to do. You did not. I mean, you’d be out of there faster than a scratched cat. They would try and no way. He knew what he was doing.”

Presley explained that Elvis' addiction to pills began while he was stationed in Germany during his two-year service in the U.S. Army. "They gave them to the soldiers over there to keep them awake,” she explained. “He was on guard at that time. He had maneuvers that he had to do late at night, so the pills were given to the guys and that’s how he started. And if you take a sleeping pill, you have to do something to get yourself awake...He was in unchartered territory, he truly was, and he did this and tried to do this alone.”

Elvis in the military. (Reuters)

But despite the drug abuse, Elvis didn't let his music suffer.

"When I was looking at certain tracks [from] the very end of his life…I still have this feeling that there was a man who was connecting to the music and that this story has been told one way," said the film's director, Thom Zimny. "Sitting and listening to that music and also talking at length with Priscilla, I realized that we were going to be able to touch on some of the tragic moments, not dwell in the details of it.”

"Elvis Presley: The Searcher" premieres on HBO on April 14.

You can find Morgan M. Evans on Twitter @themizfactor.