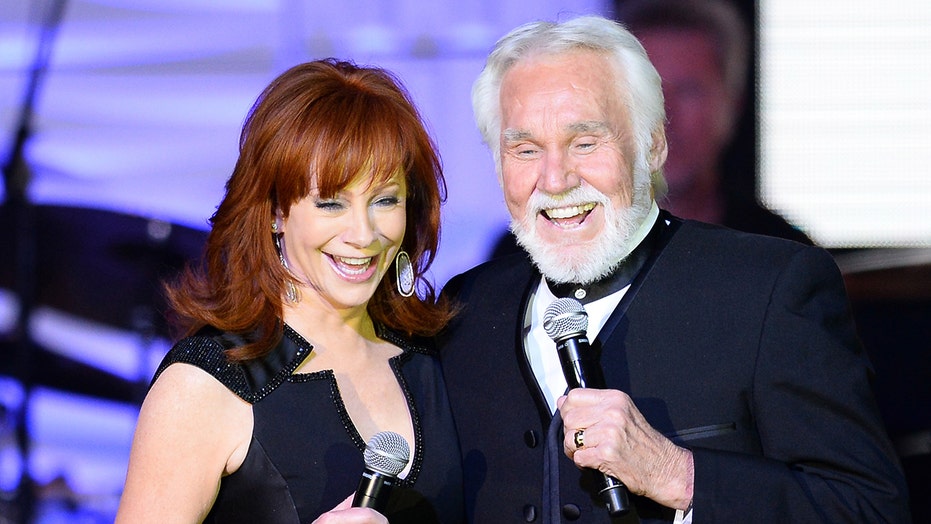 Reba McEntire opened up about her relationship with the late Kenny Rogers, who she said “saved” her after she experienced an immense tragedy.

McEntire, 65, lost seven of her band members and her tour manager in a fatal plane crash in 1991.

The “Reba” star canceled the rest of the tour, but it was Rogers who kept her busy.

"Kenny saved my sanity in '91 when he asked me to come do ‘The Gambler’ movie," she told Taste of Country. The country singers worked together for the made-for-TV film.

McEntire continued: "I was still in a state of disbelief and not knowing what I’m gonna do moving forward after the plane crash."

Rogers died on March 20 from natural causes at his home in Sandy Springs, Ga.

"I miss him so much," McEntire told the outlet of the Country Music Hall of Famer. "He’s such a special person and a big-hearted giver."

REBA MCENTIRE TURNS 65: A LOOK BACK AT THE COUNTRY STAR'S BIGGEST MOMENTS

Following the news of his death, the “For My Broken Heart” singer wrote a touching tribute to Rogers on Instagram.

“Kenny, Go rest high on that mountain. Please tell mama and daddy hi for me,” she began.

McEntire continued: “Thank you for your friendship and your love. We are going to miss you but we are so happy you’re singing with the Angels in heaven.”

“Can’t wait to see you again one of these days. Rest in peace my friend,” she concluded.

The late singer  was known for such hits as “The Gambler,” “Lady” and “Islands in the Stream.”

In all, Rogers had 24 No. 1 hits and was the winner of six CMA Awards, three Grammys and 10 awards from the Academy of Country Music.

In 2013, the country legend was inducted into the Country Music Hall of Fame.

Rogers is survived by his wife, Wanda, and his sons Justin, Jordan, Chris and Kenny Jr., as well as two brothers, a sister and grandchildren, nieces and nephews, his representative said at the time.