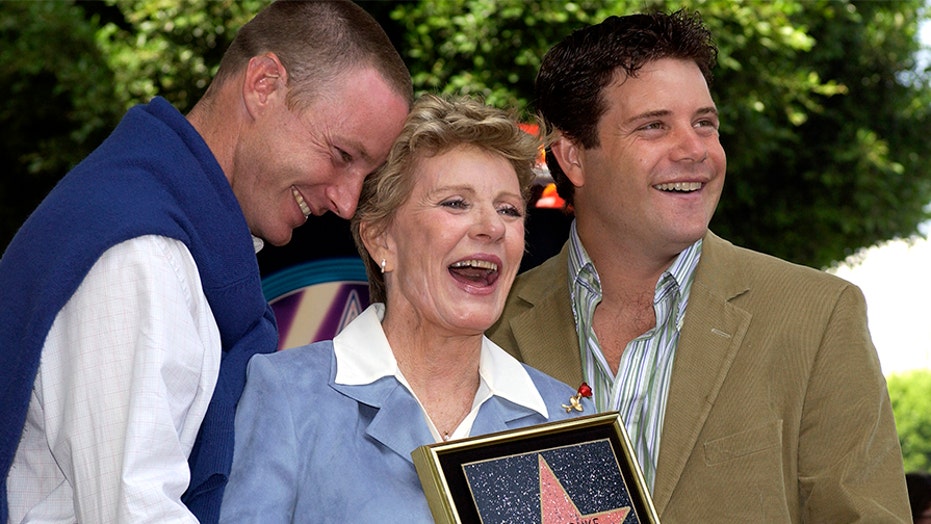 Sean Astin is determined to keep the legacy of his mother alive.

Patty Duke, an Oscar-winning actress and mental health advocate, passed away in 2016 at age 69.

“My mother had bipolar disorder and she was one of the first to go public about her experience,” Astin told People magazine on Wednesday.

The former child star first shared her bipolar diagnosis in a 1987 memoir titled “Call Me Anna.” She went on to tirelessly raise awareness for mental health until her death.

“The pain that my family endured because we were living with someone with a mental health condition actually has become an important ingredient to my being able to offer support to other people,” said the 49-year-old.

Actress Patty Duke (C) and sons MacKenzie (L) and Sean Astin attend the ceremony honoring her with a star on the Hollywood Walk of Fame Aug. 17, 2004, in Hollywood, Calif. (Photo by Vince Bucci/Getty Images)

Astin shared he will be participating in the Well Beings virtual town hall hosted by the National Alliance on Mental Illness and WETA, the PBS station in Washington, D.C. It aims to target the youth mental health crisis. Astin said he wants to share the importance of having honest discussions with loved ones about the subject.

“We share our feelings,” he continued. “If someone has an issue, there’s no judgment. These conversations don’t have to be laden with guilt or shame or fear or judgment. The silver lining of COVID for my family is we’ve spent more time together than we ever would have. That is a gift.”

The town hall, which will also feature appearances by Ariel Winter, Billy Porter, Bill Pullman, Kid Cudi, Alanis Morissette and other stars, will be live-streamed on wellbeings.org July 14 at 11 a.m. ET.

Patty Duke, US actress, smiling as she turns her head toward the camera for a portrait, while sitting in a chair with a denim jacket on the backrest, circa 1970. (Photo by Silver Screen Collection/Getty Images)

According to the New York Times, Duke struggled with bipolar disorder long before her diagnosis. The actress attempted suicide several times and was committed to mental hospitals. It wouldn’t be until 1982 when she finally received a diagnosis and proper medication.

Over the years, she candidly wrote about her experience, including in a 1992 memoir “A Brilliant Madness: Living with Manic-Depressive Illness.”

“I survived,” she once wrote, as quoted by the outlet. “I’ve beaten my own bad system and on some days, on most days, that feels like a miracle.”