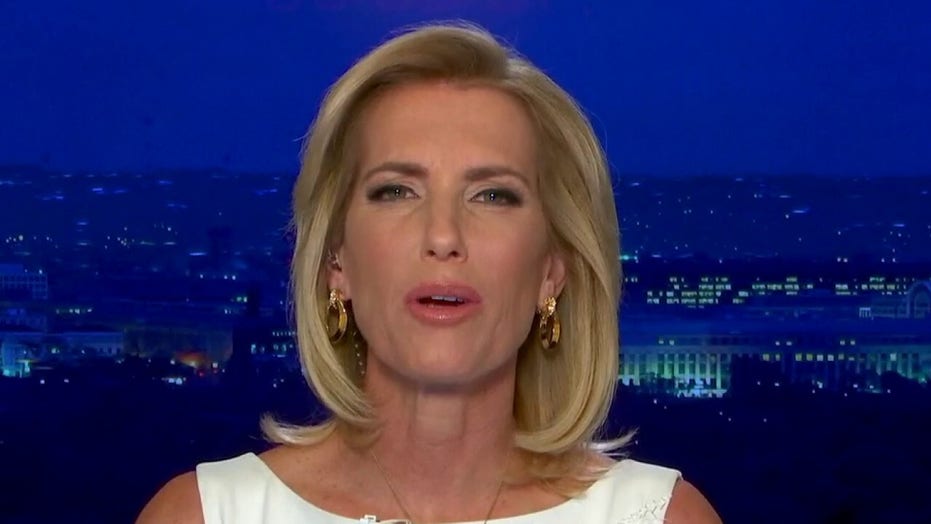 Ingraham: Trump's 'America First' agenda has made our country better

Americans have a chance to rebuke the political, financial and cultural elite by reelecting President Trump on Nov. 3, Laura Ingraham said Friday.

"If you love America, if you think our experiment in democracy is one of the greatest triumphs of the human spirit and you reject this pay-to-play government symbolized by Biden, you must stand with President Trump," argued "The Ingraham Angle" host. "This is our chance. Never before in my lifetime have the elites gathered in such numbers or have spent such money to stop a political movement."

Ingraham said Biden's alliance of Democrats and establishment figures controlled the levers of power in America for many decades, but failed their constituents as time went on.

"They used to mock us, but now they fear us," she said. "They are right. They had their chance to govern this country for decades and they blew it.

TUCKER CARLSON: WHAT WE LEARNED AT THE FINAL PRESIDENTIAL DEBATE

"Let them spend billions on propaganda, let them spread their lies, let them quiver with threats and rage. We will defy them."

Ingraham added that although Biden has Hollywood, Big Tech and the Beltway insider class behind him, the man himself inspires little excitement among the public apart from his status as the "un-Trumpian necessity of the moment."

"On Election Day let's teach the elites and their lackeys a message they will never forget," she said. "In America, power belongs to the people -- all of the people, not just an elite few who write the checks every four years."