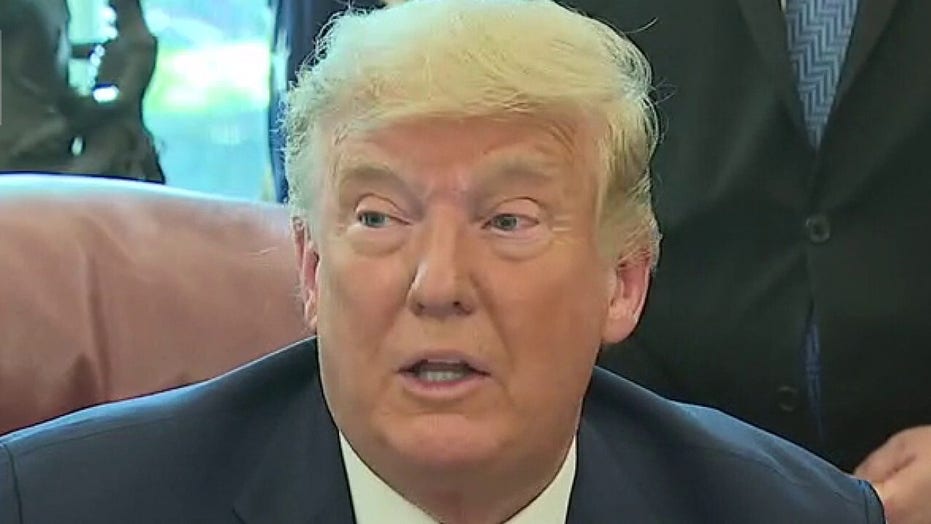 President Trump tells the press at the White House he ‘would love to help Iran get back on track’; reaction from ‘Outnumbered.’

MSNBC host Chris Hayes was slammed on social media Friday over his quick dismissal of the agreement between Israel and Sudan to normalize relations.

President Trump announced on Friday that his administration had brokered a deal between the two nations following the signing of the Abraham Accords involving Israel, the United Arab Emirates and Bahrain.

White House senior adviser and Trump son-in-law Jared Kushner has devoted much of the president's tensure in office to seeking long-term peace in the troubled region.

Hayes, however, did not appear impressed by Kushner's accomplishments.

"It's kind of hilarious that in end, the one thing Jared Kushner actually did get done was brokering a bunch of (incredibly cynical and transactional) middle east deals," Hayes tweeted on Friday.

"Donald Trump could denuclearize and dismantle North Korea and people like Chris Hayes would still refer to it as 'incredibly cynical and transactional,'" Daily Wire contributing editor Harry Khachatrian said.

"Transactional? You mean Trump airlifted 150 billion dollars to pay for the deal? Oh! Our bad, that was Obama to the Iranian regime, the leading state sponsor of terror," Reagan Battalion shot back.

Trump invited reporters into the Oval Office while he was on the phone with the leaders of Israel and Sudan to discuss the latest U.S.-brokered deal in the run-up to Election Day.

The president added that Sudan had demonstrated a commitment to battling terrorism.

"This is one of the great days in the history of Sudan," Trump said, adding that Israel and Sudan have been in a state of war for decades.