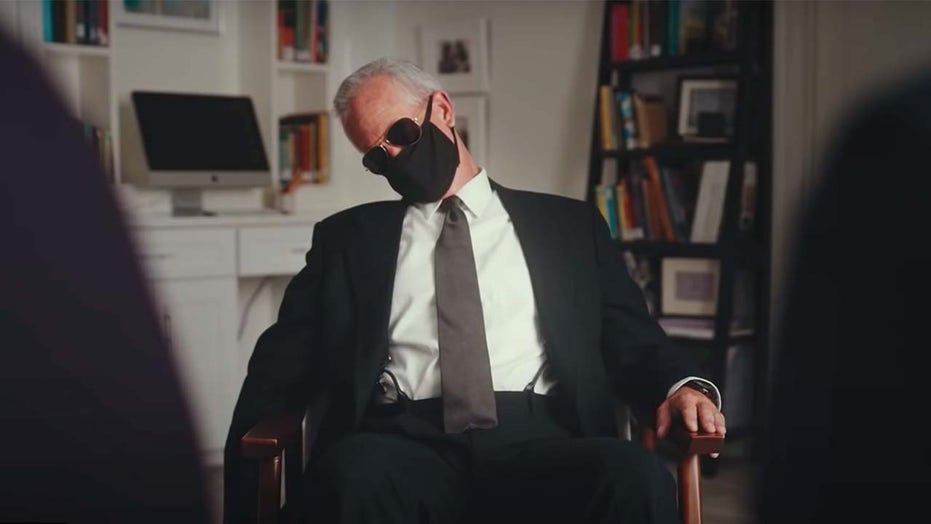 Ex-Hunter Biden business associate turns over documents to FBI; Mike Emanuel has the latest on 'The Daily Briefing'

With politics, sometimes it's OK to lean back and relax.

Or to the side. Or even straight forward until you bump your head on the podium.

The ad shows two young aides through the night with a lifeless replica of the Democratic nominee for president.

They go get the candidate from his basement, blow-dry his hair, clean off his veneers and drive him to a campaign stop – where he promptly collapses on the podium as they let go of his shoulders.

Then they bring their mannequin-like charge to an after-party, a nod to the original comedy, where two men find their boss dead in his luxurious home and pretend he’s still alive so they can hang out there all weekend.

There’s also a brief diplomatic meeting between the candidate and foreign officials.

“Hunter still owes us,” one of the diplomats says.

At the end, the two aides push their candidate into the back of an SUV.

“How long do we have to keep this up?” one asks.

Nick Ward, who created the ad with the "No to Joe PAC" and appears in it as a beanie-wearing aide, told Fox News Thursday that he wanted it to be funny without being offensive.

“I actually hope that Joe Biden sees this and laughs,” he said. “Sometimes things like humor allow you to look at aspects of yourself, or what you’re involved with, in a way that you weren’t willing to acknowledge before.”

Ward, 30, said he worries that “mean” attack ads spark anger and divide the country. He argued that most of the political satire being produced leans in favor of Democratic candidates.

He also said he worried the video was being suppressed on Twitter. A search on the platform Thursday night found that it appeared to have been flagged as sensitive content.

A Twitter spokesperson told Fox News Friday that it happened in error and the issue has been resolved.