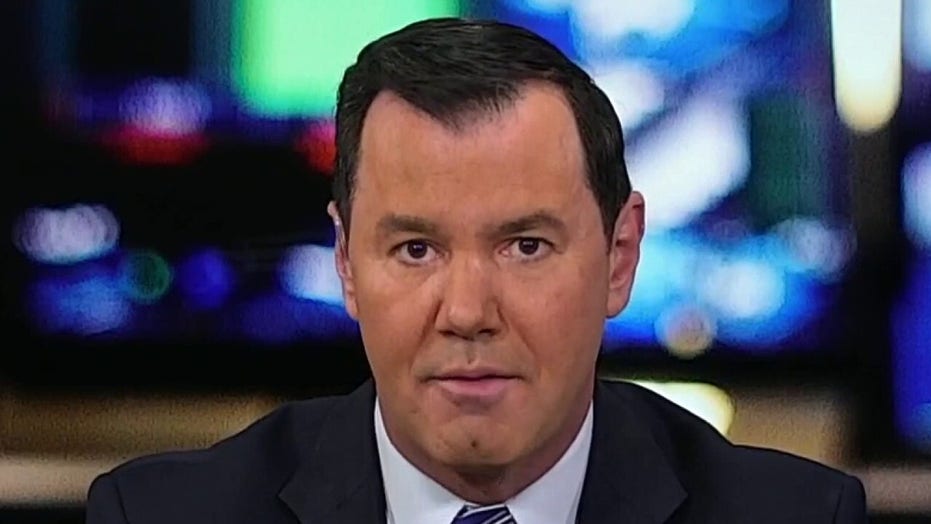 The Hill media columnist Joe Concha argues President-elect Joe Biden's cabinet appointments are a 'sequel of the Obama Administration from a foreign policy perspective' noting a sequel is 'rarely better than the original.'

New York Magazine correspondent Olivia Nuzzi had some harsh words for her mainstream media colleagues, who she predicts will hold back from offering critical coverage of President-elect Joe Biden.

In the latest episode of The Fourth Watch podcast, host and media critic Steve Krakauer told Nuzzi the one "positive thing" to come out of the media coverage of the Trump era was that it "grew some balls" regarding "speaking truth to power," though he argued the media "went completely overboard" in doing so.

"At least they were tough instead of being friends with everybody," Krakauer said. "I wonder if we'll get that back at all ... get back that sort of adversarial nature with even this administration that's coming in."

"Yeah, I don't know," Nuzzi responded in a clip that was widely shared on Wednesday. "I see that any mild criticism of Biden during the campaign and now, the response from the left is like, 'Well, how could you be pointing this out when you pointing this out means that you don't care or that you're allowing, like, Donald Drumpf to get away with murder,' right?

"And it's like, 'No! You can f---ing, you can care about more than one thing at one time, and just because I care about a lack of transparency from Joe Biden does not mean, like, I'm ignoring the fact that Donald Trump hasn't conceded yet.' You know? It's possible to care about multiple things at once."

Nuzzi then suggested that the media is full of people who want "approval" from "people in power" and who want to be "patted on the head and told that they're doing a good job or that they're smart."

MEDIA FAWNS OVER BIDEN'S CABINET ROLLOUT, DESCRIBES 'BEING RESCUED FROM THIS CRAZINESS' BY 'SUPERHEROES'

"It's like this class of apple polishers who have always been part of the establishment and have always been a part of the elite, you know, who come from Ivy League universities and go to these institutions, these news institutions and are not really comfortable needling people in power because they want to be accepted," she explained. "And I think that's the wrong attitude to have in this industry.

"And that's not to say, like, I know what the right attitude to have is ... but ... I think there is just a reluctance to make one's social life uncomfortable, that it was easier in the Trump Era and it's going to be harder in the Biden Era for reporters to not feel uncomfortable. And I'm nervous about that."

The magazine's Washington correspondent mocked reporters and pundits for "falling over" and "embarrassing themselves" during the Trump presidency and for "exaggerating things that didn't need to be exaggerated."

"Even in that environment, I saw tremendous cowardice [by] establishment members of the press," Nuzzi told Krakauer. "Like the White House Correspondents Association has no spine, even in the Trump era. They absolutely suck at what they do. They are terrified at pissing off the Trump administration. And if that's what they're like when the president is calling us 'the enemy of the people,' I mean, what are they going to be like in a Biden administration? I'm like genuinely scared."

Nuzzi went on to knock those who "scream at me" when she "humanizes people that they don't like," saying, "Well, I'm sorry, but people are f---ing complicated" and "if you say that, you're just basically a Nazi sympathizer to a certain segment of the left."