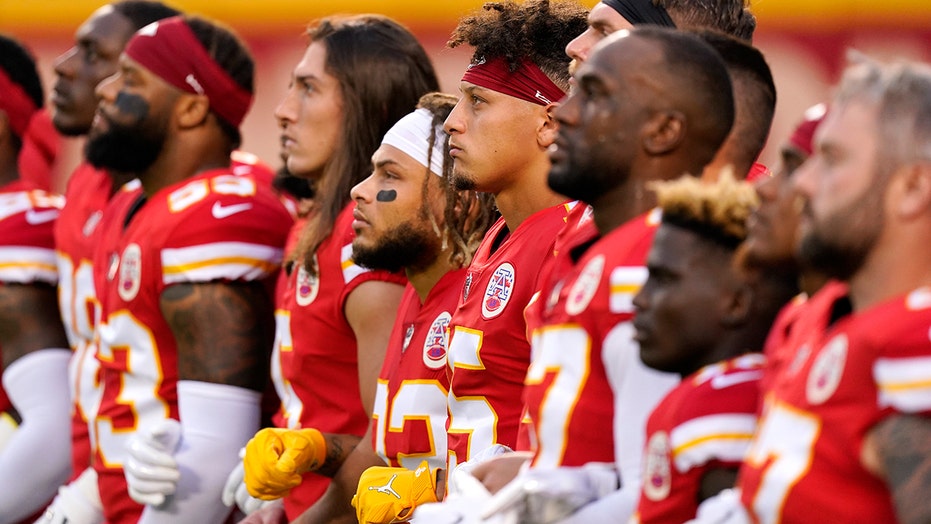 The NFL kicked off Sunday with zero fans in the stands. It was a jarring sight unless you’re a Jets fan, in which case it looked like your average December home game, albeit with fewer people being talked down from the roof.

The good news for the league is fans may be able to return to stadiums later this season if social distancing measures ease up. The bad news is many of them won’t because they’re exasperated from the ongoing social justice crusade in pro sports.

A recent Gallup Poll found that for the first time ever, the sports industry has a negative image among U.S. adults, with just 30% viewing pro sports positively while 45% viewed them negatively. For anyone who doesn’t think protests are a driving force, these numbers represent a 30% decline in the league’s favorability rating from a year ago.

None of this is good news to me. I absolutely love watching sports. I spent most of my 20s paying my rent (and not paying it) from gambling on them. For that reason, I’m not going to write the zillionth column of the year bashing players for exercising their First Amendment right. But I am going to make a good-faith suggestion that they run a different play because the current one isn’t working.

Ratings were down 16% for the NFL’s season opener on Thursday. If that weren’t enough of a wakeup call for the Wide World of Activist Sports, a Hill-Harris poll found 38% of fans say they’re watching fewer NBA games because of “the increased politicization of the sport.”

Yes, as shocking as this might sound to the generation that’s turned “Sports Center” into “Woke Center,” the reason most people tune into a sporting event is that they REALLY love watching sports. We don’t turn to pro athletes to tell us there are injustices in the world, we turn to them to provide us a badly needed escape from them.

Right now, sports isn’t providing that escape, which explains why the average fan looks more lost than Joe Biden without a teleprompter.

All of that could change if pro sports returned to what they were in their heyday – a piece of common culture that allows us to put our differences aside and remember that at the end of the day, we’re all Americans who love a good ball game.

I’m not asking players to abandon their admirable quest to improve the quality of life for Black Americans.

I’m asking them to stop bashing the country that’s enabled NFL players to earn an average salary of $2.7 million a year and the NBA to earn an average of $7.7 million and invest more of those riches in low-income communities where the lack of economic opportunity directly correlates to higher rates of violent crime.

I’m asking them to increase investments in the broken education systems that have been failing inner-city kids for far too long.

Protests haven’t improved anyone’s life and they certainly haven’t pushed Washington any closer to passing police reform. Democrats refused to negotiate the Justice Act put forth by South Carolina Sen. Tim Scott, which means for all the noise being made about the issue, nothing is being done.

Perhaps instead of symbolic gestures, players could push Democratic leadership to act before the election because if we’re really going to take this movement seriously, the people should come before the politics.

And while players are in Washington, they’d be wise to swing by the White House because for all the media howling about President Trump being a racist, he’s certainly not governing like one.

Not only did this administration create $75 billion in opportunity zones for low-income communities but President Trump also signed an executive order giving Historically Black Colleges and Universities (HBCUs) their highest annual endowment ever, at $100 million per year. These measures, coupled with the First Step Prison Reform Act, have tangibly improved the quality of life for hundreds of thousands of Black Americans.

Former New York Giants coach Bill Parcells famously coined the phrase, “you are what your record says you are.” You can hate President Trump’s rhetoric all day, and many of you do, but his record of governance says he’s committed to helping the Black community.

One of the most stirring images from last week’s 9/11 remembrances was the video making the rounds on social media of then-President George W. Bush throwing out the first pitch before Game 3 of the 2001 World Series.

I was in Yankee Stadium that night although to be fair, the pilot of the Goodyear Blimp had a better view than I did from my seat in the last row of the right field upper deck. You know it’s a high seat when the beer guy appears to be wearing a parachute.

But I’ll never forget the roar that rattled the rafters when the president threw a perfect strike and signaled to the world that America was back.

57,000 fans screamed themselves senseless and at that moment the awesome power of sports to unite us all was on full display for the world to see.

Anyone can protest this country, but you guys aren’t just anyone, you might be the only group with the awesome superpower to unite it. Which is why I’m urging you to call an audible.

Put the focus back on the games and put your success back into the community.

Now that’s something we could all stand for.

Jimmy Failla is the host of Fox Across America which airs weekdays from 12-3 on Fox News Radio / Fox Nation / FoxNewsRadio.Com. @jimmyfailla