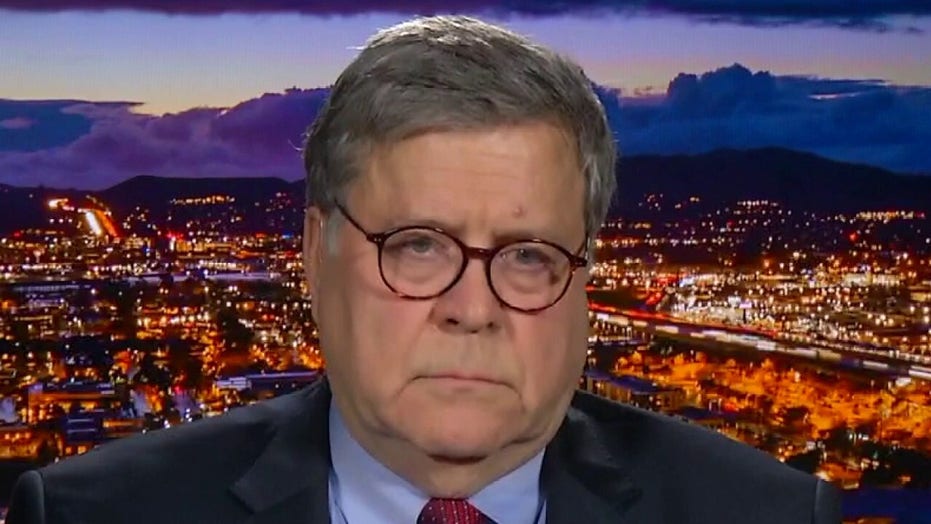 AG Barr on Operation Legend: Violent crime can be handled, 'we need the will'

Brian T. Moran, the federal prosecutor, said he has had multiple conversations with leadership inside within the Department of Justice and "at no time has anyone at the Department communicated to me that Seattle  Mayor Jenny Durkan is, was or should be charged with any federal crime" related to CHOP.

"As U.S.  Attorney I would be aware of such an investigation," he said.

The New York Times reported Wednesday that Barr directed the Justice Department鈥檚 civil rights division to consider criminal charges against the Democratic mayor, who publicly sparred with President Trump and repeatedly denied federal help to quell the unrest in her city. A department spokesman told the paper that Barr did not direct the civil rights division to explore this idea.

The report also accuses Barr of directing federal prosecutors to consider charging rioters and other violent actors with federal charges --  including sedition --  in a call with U.S. attorneys last week.

Federal sedition charges apply to two or more people who "conspire to overthrow, put down, or to destroy by force" the U.S. government, and carries a maximum penalty of 20 years in prison.

Durkan issued her own statement in light of the Times' report. She said the report was "chilling and the latest abuse of power from the Trump administration."

"Ultimately, this is not a story about me. It is about the (sp) how this President and his Attorney General are willing to subvert the law and use the Department of Justice for political purposes. It is particularly egregious to try to use the civil rights laws to investigate, intimidate, or deter those that are fighting for civil rights in our country," she wrote.

The administration's aggressive crackdown on demonstrators follows warnings from Barr and other officials who anticipate an increase in violence ahead of the November election.

Yael Halon is a reporter for Fox News.