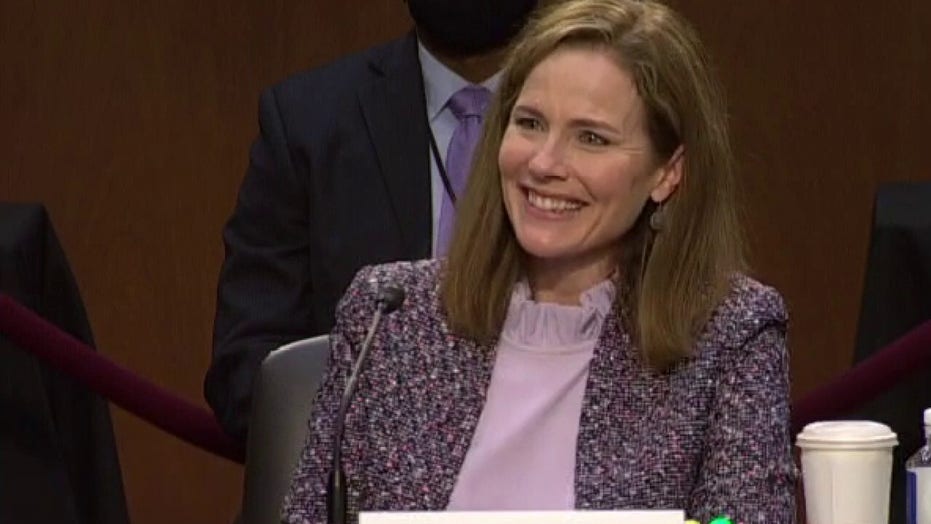 Barrett admits she had glass of wine after long confirmation hearing day: 'I needed that'

In the middle of what has otherwise been a largely tense and serious examination of Judge Amy Coney Barrett's judicial philosophy and history, there was a brief moment of levity in the middle of her Supreme Court confirmation hearing Wednesday afternoon.

After Sen. Richard Blumenthal, D-Conn., said he hoped Barrett rested up after Tuesday's marathon session of questioning, Barrett admitted that she indulged in a drink to unwind.

"I did have a glass of wine, I will tell you that I needed that at the end of the day," Barrett said, laughing.

"Let me just say on that kind of point you have a right to remain silent," Blumenthal responded, eliciting laughter from Barrett and others in the room.

This came after Barrett appeared to misspeak at one point earlier in the day, when she told Sen. Sheldon Whitehouse, D-R.I., "I will approach every case with an open wine. Open mind."

The mention of an alcoholic beverage reminded some of Justice Brett Kavanaugh saying he likes beer during his contentious confirmation hearing in 2018.