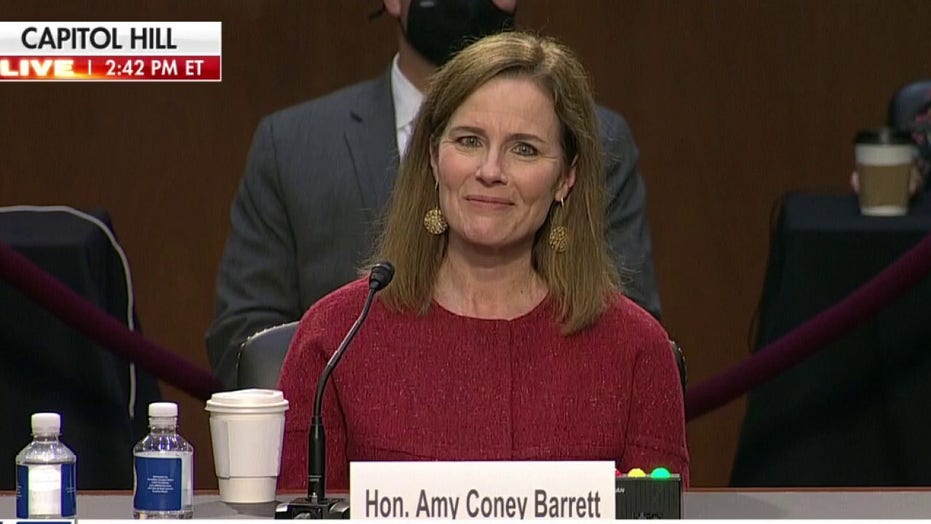 Supreme Court nominee Judge Amy Coney Barrett clerked for the late Justice Antonin Scalia early in her legal career, and during her confirmation hearing on Tuesday she discussed the friendship he had with Justice Ruth Bader Ginsburg, and how Scalia recommended the liberal icon for the high court.

Sen. Ben Sasse, R-Neb., asked Barrett about the friendship between the conservative and liberal heavyweights and how it impacted her, leading her to fondly recall their relationship.

“[W]hen the vacancy came up ... Justice Scalia recommended her even though they had been together on the D.C. Circuit--that’s where they got to know each other--and he knew that she had a different jurisprudential approach," Barrett said. "And you know a lot has been said in the weeks since Justice Ginsburg died about that friendship because I think it speaks so well to both of their characters that despite the fact that they had such great differences and they could fight with the pen, when they were socializing, when they were outside of the opinion-writing world they had respect and affection for one another. And that’s how I try to live my life. "

AMY CONEY BARRETT EXPLAINS WHAT IT MEANS TO BE AN ORIGINALIST, CALLS SCALIA A MENTOR

Barrett went on to say that in her personal experiences she does not let political differences stand in the way of friendships and cautioned against focusing too much on a person's political views.

"You know I have friends who disagree with me vehemently about all kinds of things but I think that is dehumanizing if we reduce people to the political or policy differences that we might have with one another," she said.

History will tie Barrett to both of the judicial stalwarts. She clerked for Scalia in 1998 and if she is confirmed to the Supreme Court she will fill the vacancy that opened upon Ginsburg's death.