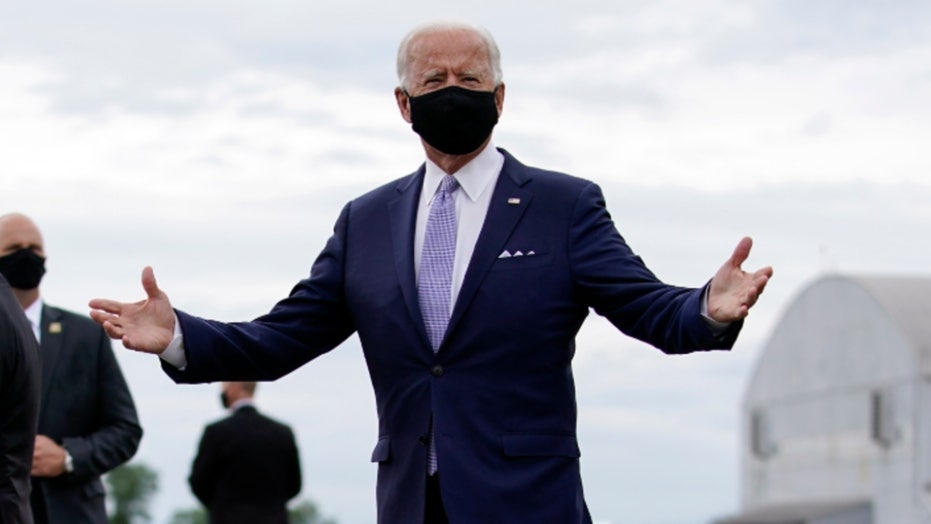 Several Republican senators have raised suspicions in recent days about ActBlue, the main platform for donations to Democratic candidates and causes, amid a record-breaking surge in contributions.

During the third quarter of the year, Harrison raised $57 million -- the highest quarterly fundraising total for any Senate candidate in U.S. history. Graham raked in about $28 million during that same time period.

“Where’s all this money coming from ActBlue coming from?" Graham asked during an interview with The Hill. "How easy would it be to just have a bunch of pre-paid credit cards?”

ActBlue, a nonprofit technology company, was founded in 2004 to channel small-dollar donations to Democratic candidates and liberal groups. From the beginning of July through the end of September, the platform processed about $1.5 billion in contributions, about the same amount it processed for the entirety of the 2018 election cycle. It also far exceeded the $623.5 million fundraised by its Republican equivalent, WinRed, during that same period.

“Some of these shadowy figures out there running ads, is there any foreign influence afoot?” Graham mulled. “Where is all this money coming from? You don’t have to report it if it’s below $200,” he added, referring to campaign finance laws that do not require donations below $200 to be documented.

“When this election is over with, I hope there will be a sitting down and finding out, ‘OK, how do we control this?’ It just seems to be an endless spiral," Graham continued.

ActBlue reports every contribution, including those under $200; every federal donation can be verified on the FEC's website. Fox News reached out to ActBlue for comment and will update this story as needed.

Graham is not alone in questioning ActBlue's source of donations. Sen. John Cornyn, R-Texas, whose Democratic opponent MJ Hegar raised nearly twice as much as him in the third quarter, also said a probe into the group's small-donor networks would be "worthwhile."

“It’s probably a good idea,” he told The Hill. “My understanding is that any donation under $200 they don’t even have to identify the donor so obviously there’s a lot of opportunity for mischief. So, I think that would be worthwhile.'

Sen. Ron Johnson, R-Wis., echoed that sentiment, noting he had called for an investigation into Hillary Clinton's small-dollar donor network during the 2016 presidential campaign.

“I was always concerned about it during the Clinton campaign because you had all these allegations of bundling and all these donations coming in just under $200. Anytime you set up these types of systems people can figure out how to exploit the systems,” he said, adding: “I think it’s probably a very legitimate avenue for inquiry."