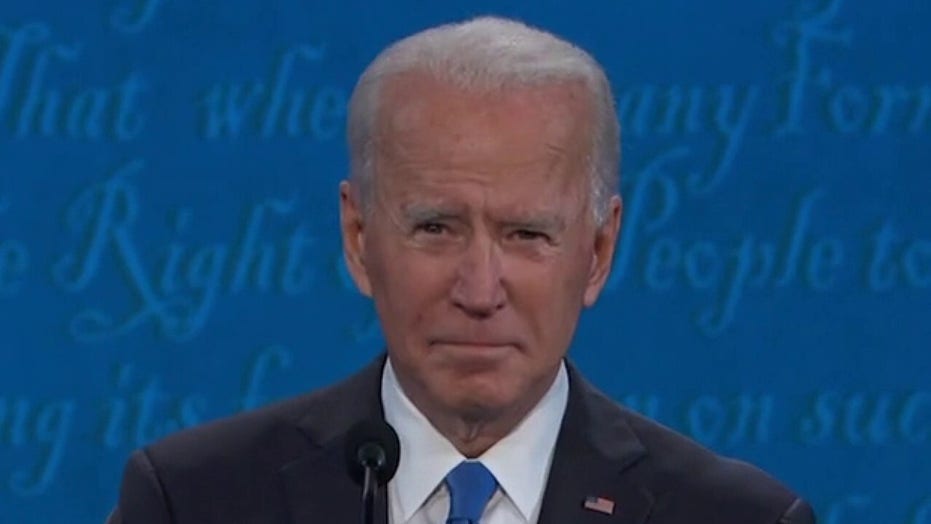 Biden: 'People are learning to die with' COVID-19

What a difference from last month.

The first presidential debate between Democratic presidential nominee Joe Biden and President Trump which was held in late September in Cleveland, Ohio was a chaotic clash.

The showdown – described as a “debacle” and even a “s--- show" – was plagued by incessant interruptions and insults. The president was the larger of the two culprits – according to a Fox News analysis, the president interrupted Biden and moderator Chris Wallace of "Fox News Sunday" a total of 145 times, with the former vice president interrupting Trump and Wallace 67 times.

At the second and final presidential debate Thursday night in Nashville, Tenn., both candidates mostly played nice and generally avoided interrupting each other.

The Commission on Presidential Debates – the bipartisan group that’s been organizing and running these faceoffs for more than three decades – installed a mute button to prevent the candidates from interrupting each other during their initial two minute responses at the top of each segment.

But the mute button was not needed in the 90-minute debate.

Paul Steinhauser is a politics reporter based in New Hampshire.聽