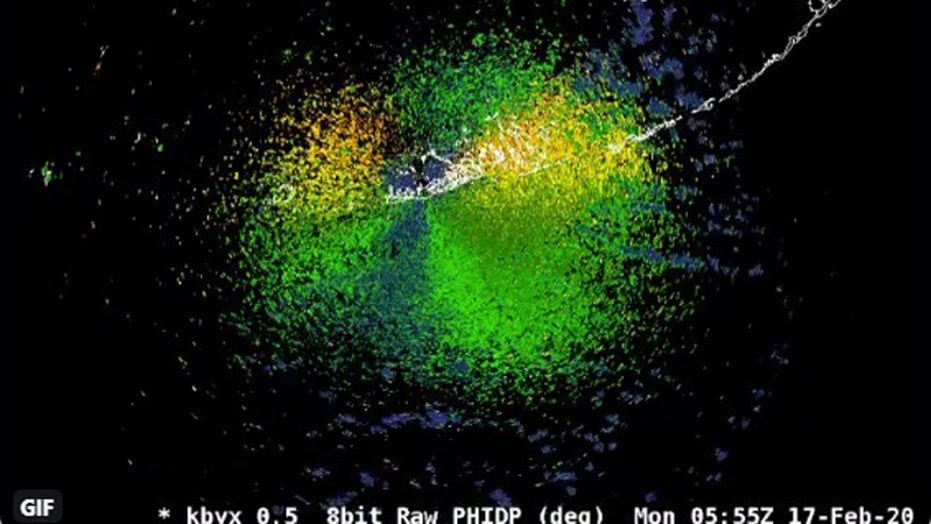 A huge migration of birds was picked up on a National Weather Service radar in Key West.

“Key West radar has had a busy night, but not because of weather! The most impressive display of migratory birds so far this year occurred overnight,” tweeted National Weather Service Key West on Monday.

In a Facebook post, NWS Key West explained that the birds are migrating from Cuba. "The birds first appear on radar as they depart from Cuba and emerge in the Florida Straits, disappearing below the radar towards dawn as they reach mainland Florida," it said. "The time lapse imagery spans 10.5 hours. If you look closely you can see a smaller batch of birds depart the Keys at the beginning of the loop."

The Tampa Bay Times reports that the migration is a normal occurrence at this time of year, as more than 118 species of birds return to North America after spending the winter in the warmer climes of Central and South America, as well as the Caribbean.

This is not the first time that birds have appeared on National Weather Service radar. Thousands of roosting birds, for example, have been detected on a number of occasions by NWS Doppler Radar in Wilmington, Ohio.

“Beginning around the middle of summer, curious expanding doughnut patterns often appear just before sunrise on NWS Wilmington, Ohio's Doppler radar imagery,” explained the National Weather Service’s Forecast Office in Wilmington. “These features, known as ‘roost rings,’ occur when the radar beam detects thousands of birds taking off from their roosting sites around dawn to forage for insects."