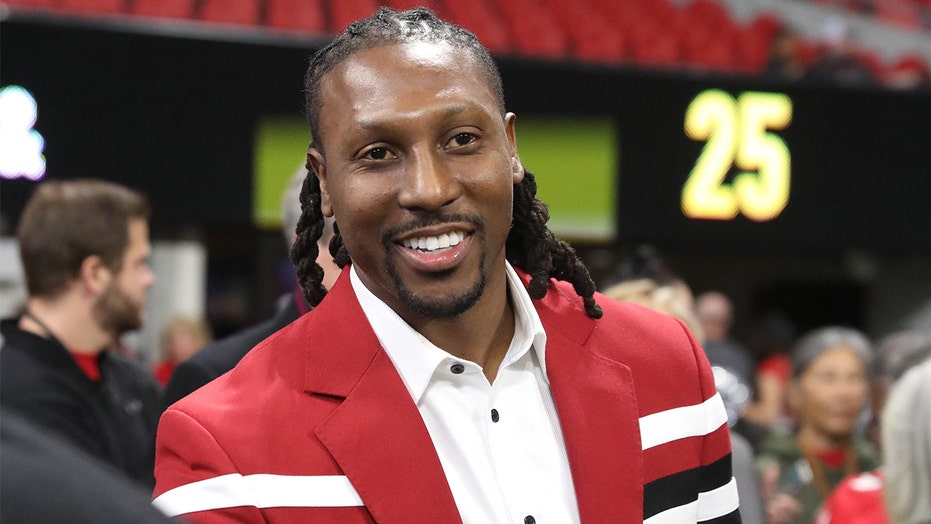 Atlanta Falcons great Roddy White transitioned from a former All-Pro wide receiver into a dad of five children and a coach of the position he excelled at as a pro at Johns Creek High School in Georgia.

White, the 27th overall pick in the 2005 NFL Draft, played college football at the University of Alabama at Birmingham and spent all 11 seasons of his professional career in Atlanta. White finished with 808 receptions, 10,863 yards, and 63 touchdowns. And in 2010, he put together the best statistical season of his career and was recognized as a first-team All-Pro wideout.

White, who has a partnership with Topgolf, spoke to Fox News on Tuesday about his thoughts on the Falcons, who their next head coach should be, and what it’s like coaching football after playing at such a high level for many years.

Fox News: What do the Falcons need to do in order to get back on track as an organization?

Roddy White: “They just need to be consistent all across the board. All three phases. You win games when all three phases are playing at a high level. Offensively, defensively and special teams. And when plays present themselves, you need to make them. I think we did a good job of that this past Sunday against the Vikings. We were able to capitalize on the turnovers. We haven’t been able to finish games, and I think that’s one of the things we are learning now in Week 5. We just learned how to finish a game, and close out a team. And that’s good. We have so many young guys, especially in our secondary. To go through a game and actually come out on the winning side of it is a good thing for them, and it’s a part of the building blocks that they can learn from.”

FALCONS RESPOND TO QUINN FIRING WITH 40-23 WIN VS. VIKINGS

Fox News: Who should the Falcons hire as their next head coach?

Roddy White: “To be honest with you, I think Mike Tomlin is a great coach… If we can get him (laughing). That would be a far stretch obviously, but with the teams that he’s had in Pittsburgh, and the things they’ve been able to accomplish over there, even when Ben Roethlisberger went down, they were still winning, and they found a way to get to .500 last year. I just think he’s one of the greatest coaches. That would be my first pick if we could get any guy in the league. But there’s a bunch of good guys out there. I don’t think we need particularly a young coach. I know that’s the new thing in the league to go get the young guy and bring him in. But I think we need a veteran coach to kind of pave the way because we have a bunch of young players, and we’re transitioning to that point, and that’s what our team is made of. I think if we have an older coach come in and make some changes, we’ll get back on track."

Fox News: Does Matt Ryan still have gas in the tank? Or should the Falcons head in another direction at quarterback?

Roddy White: “I don’t know how long Matt wants to play. But he’s been very successful for such a long time. Just a couple of years ago he was the MVP of the league. It’s all up to him. I think he’s still playing at a high level, and he’s still producing and putting up great numbers again this year. He’s a really, really good quarterback. When it comes to timing and anticipating throws, he’s one of the best. As long as he continues to do that, and if we can run the football, I think we’ll be just fine."

Fox News: What did you think of Julio Jones when you first met him?

Roddy White: “You could see his athletic ability, his ability to run routes and get in and out of breaks. At that size, and running that fast, he just did so many things naturally that you didn’t have to coach or teach. There was just a little bit of tweaking here and there. When you’ve been that athletic and that great your whole life, you just have to find little things that you can get better at each and every day. There was a system in place in Atlanta where everyone was held accountable... But when you see a guy coming out of the gate with that type of athletic ability, you knew he was going to be special."

Fox News: Who are your favorite wide receivers currently in the league?

Roddy White: “I love DeAndre Hopkins. I’m his biggest fan. I think Russell Gage is very talented. Amari Cooper is one of the best route runners in the league. I love Calvin Ridley. He’s been doing remarkable things, making a lot of plays for us in the first couple of weeks. And I think he’s going to be very special for a long time. Michael Thomas is a beast. His catch radius is ridiculous. Odell Beckham Jr. is a special athlete. He’s always a problem for defenses out there. He just needs to find someone to get him the football.”

Fox News: Your thoughts on your 2005 NFL Draft classmates? Guys like Aaron Rodgers, Alex Smith, and Frank Gore are still playing in the league. Isn't that incredible?

Roddy White: “I knew Aaron Rodgers was going to be special. And it's great to see Alex Smith and what he’s done and what he’s accomplished in the league. I could see quarterbacks playing that long, but to watch Frank Gore as a running back still be in the league, that’s special. That’s one of the most remarkable things I’ve ever seen in the league. For a running back to play that many years, and be as consistent as he has been. It’s kind of remarkable. In that position, you take a beating. It’s one of the only positions on the field where you get hit every single play. Whether you’re running the ball or pass blocking, you’re getting hit. For him to have that longevity and to compete is amazing.”

Roddy White: “I am content. My body has told me that I am a retired football player. I realized when you stop doing football activities, and you’re not going out there and working out on a consistent basis every day, your body is in complete shutdown mode. My body would always tell me it’s time to get up, it’s time to workout, and you’re doing all of these things to prepare for a football season. But when you go through two offseasons of not doing that, you’re body starts telling you that you’re done. You’re not going back out there. You know when you’re done.”

Roddy White: “To tell you the truth, I’m having a really good time coaching high school football. I get my adrenaline rush on Friday nights. Coaching is a lot harder than playing football. I can get myself motivated and get myself going, but it’s hard to figure out a kid’s strengths and weaknesses, and actually do a whole game of four quarters putting them in a position to go out there and make plays to help get you the win. It’s a much different game from me telling myself on how to prepare for a game, and watching the film myself, and getting other people prepared to play.”

Fox News: Would you consider coaching at the NFL level?

Roddy White: “Coaching in the NFL is way too much time. They spend way too much time away from their families. And I have five children. One of my sons plays football and I’m trying to coach him and get him ready to play. That’s my job now as a dad. I had my time. Now, I’m focusing more on my kids.”