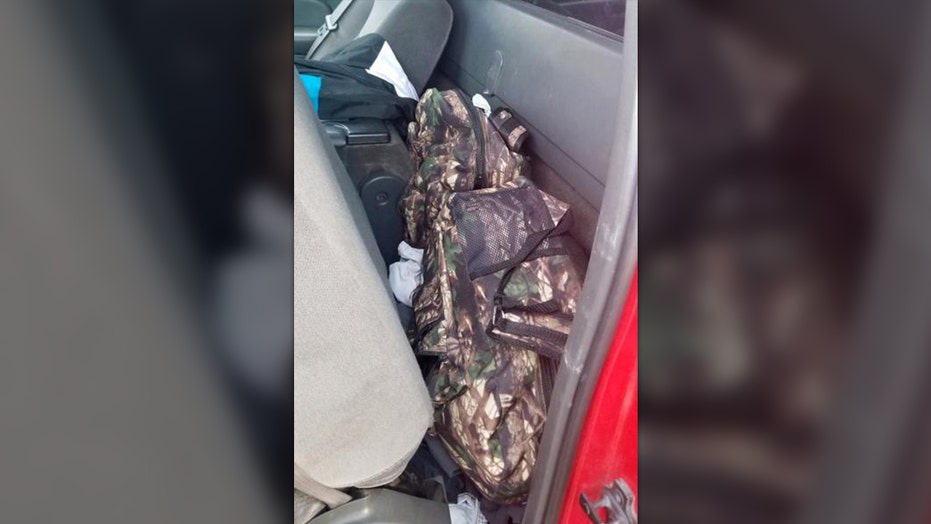 Two teenagers from an Arizona border town were arrested over the weekend after nearly $2 million worth of cocaine, meth and heroin was found in their pickup truck during a vehicle stop, U.S. Customs and Border Protection said in a statement Tuesday.

U.S. Border Patrol agents patrolling the desert near the Nogales/Mariposa Port of Entry on Saturday observed several individuals emerge from the brush and load packages into a parked truck near Peña Blanca Lake. Those who loaded the truck returned back into the desert as the truck pulled away and have not been located by authorities.

Minutes later, agents conducted a vehicle stop on a red Chevrolet Silverado driving in the area and found 57 packages of suspected meth, cocaine and heroin concealed inside the vehicle. The narcotics totaled nearly $1,889,600 in street value.

The driver and the sole passenger, both 18-year-old residents of Rio Rico, Ariz., were arrested and ultimately turned over to the Drug Enforcement Administration, along with the seized drugs, to face federal drug charges.

Their names have not been released by authorities.