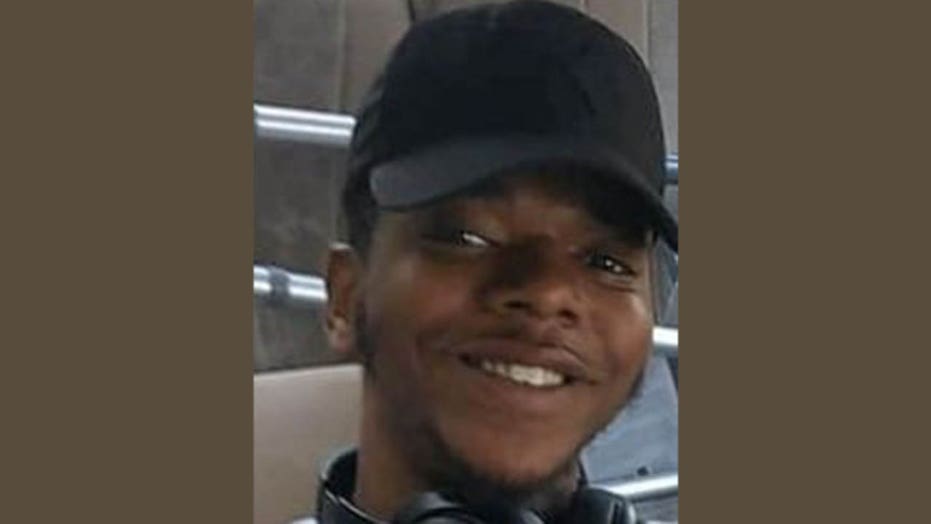 A police press conference in a suburban Chicago area on Wednesday regarding the death of a Black teenager during an officer-involved shooting the night before attracted protesters and hecklers, who repeatedly shouted over a police commander trying to explain what happened.

Standing with a small crowd behind him, Waukegan Police Commander Edgar Navarro explained how a White police officer was investigating a suspicious occupied vehicle in the area of Liberty Street and Oak Street at about 11:55 p.m. Tuesday. He said the vehicle then fled the area.

A second officer, who is Hispanic, located the vehicle in the area of Martin Luther King Jr. Avenue and South Avenue. Navarro said the officer exited his own vehicle, and at that point, the vehicle he was investigating began to reverse. The officer then fired into the vehicle, striking both occupants.

ELECTION 2020: POLICE IN CITIES NATIONWIDE BRACING FOR POTENTIAL UNREST IN DAYS BEFORE, AFTER NOV. 3

Despite the interruption, Navarro continued to explain the female driver, identified by authorities as a Black woman in her 20s, was taken to the hospital with gunshot wounds and is expected to recover.

“Why did they shoot them though?” says another person.

Navarro said the male passenger, a Black teenager, was taken to an area hospital, where he died.

“He was dead… he was dead on the scene,” someone shouts before others join in. Some in the crowd appear to quiet the others so Navarro could finish in saying the Waukegan Police Department turned over all materials to Illinois State Police, who is conducting an independent investigation.

The crowd erupted once more, this time with profanity and asking again why the officers would shoot. A man with the police department steps in by the commander, telling people they need to back up. The shouting continued amongst the crowd until Navarra walked away from the microphone stand.

Lake County Coroner Dr. Howard Cooper on Thursday released the name of the male victim as 19-year-old Marcellis Stinnette. A preliminary autopsy conducted Wednesday showed Stinnette died “from injuries due to a gunshot."

Relatives had already identified Stinnette, as well as the female who had been shot as Tafara Williams, who was hospitalized in serious condition. She was Stinnette’s girlfriend and the two share a child.

In a statement, the Waukegan Police Department explained that the officer “fired his semi-automatic pistol, in fear for his safety.” No firearm was recovered from the fleeing vehicle, and the agency is a body camera and squad car camera department. Authorities did not say if there is video footage from the shooting.

MAN WHO HUNG OFF SIDE OF TRUMP TOWER CHICAGO FOR 14 HOURS ESCAPED FROM PRIVATE AMBULANCE, POLICE SAY

Once the Illinois State Police conduct their own thorough, independent investigation into the shooting, its findings will be turned over to the Lake County State’s Attorney Michael Nerheim's office for review.

Nerheim reiterated that the process could take several weeks, and there are ethical rules in place preventing some information from being immediately released to ensure a fair and accurate investigation.

“I am certainly aware these situations are potentially volatile and elicit many emotions. I strongly urge and hope for continued calm and patience as the investigation takes place,” Nerheim said in a statement Wednesday.

Nerheim said the Waukegan Police Department will play no role whatsoever in the investigation. Once he has the opportunity to review all the findings, Nerheim said he will then make a determination regarding whether the officers violated any laws.

“Should it be determined the officers violated a law, they will be criminally charged,” he said. “If laws were not broken, I will write up a detailed statement that will completely review the facts, show the evidence, explain applicable laws, and give our reasoning for the final decision. At that time, the case entire file will be made available to the public on the state's attorney's website at www.lcsao.org.”

“Finally, our deepest condolences go out to the families and friends of the person that was killed and our prayers for a speedy recovery go out to the person injured in this unfortunate situation,” he added.

In a separate press conference, Waukegan Mayor Sam Cunningham, who is Black, also acknowledged how officer-involved shooting involving Black victims often tear communities, arguing that this time: “We’re going to rebuild in this situation based on the facts.”

Clyde McLemore, the Lake County chapter president of Black Lives Matters, told the Tribune there’s a march planned Thursday, but asked demonstrators to remain peaceful, and not “rip up our own town.”