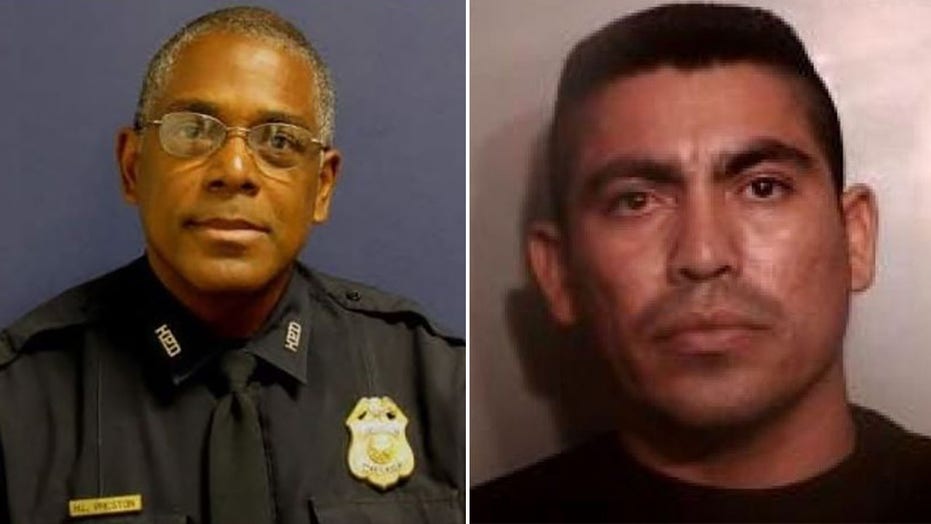 The Houston police sergeant killed in a shooting on Tuesday has been praised by the estranged wife of his alleged killed for protecting her and her son after he responded to a domestic violence call, according to a report.

Houston police Sgt. Harold Preston, 65, was shot multiple times at an apartment complex, and 51-year-old Elmer Manzano, who authorities have confirmed is an illegal immigrant, was arrested. Preston was a 41-year veteran of the police force.

"I pray that he rests in heaven, because if it were not for him, I know I would have been killed," the estranged wife, who was not named, said in a statement obtained by KHOU-TV. "He saved my life. He is a hero. He died protecting me and my family."

Preston, left, was shot multiple times and killed. Waller was shot in an arm and is expected to recover. (Houston Police Department)

Preston and Officer Courtney Waller responded to a domestic violence call at an apartment complex after the estranged wife of Manzano said she was moving out and wanted to get some things from inside.

The officers spoke with the woman and her 14-year-old son in a parking lot for about an hour before the boy unlocked the apartment door and alerted officers that his father had a gun.

Suspect Elmer Rolando Manzano-Martinez, 51, is an illegal immigrant from El Salvador, authorities say. He is charged with capital murder in the death of Houston police Sgt. Harold Preston. (Texas Department of Public Safety)

Manzano then allegedly opened fire, striking the officers and his son. Waller and the boy are expected to recover.

Manzano surrendered to authorities after briefly barricading himself inside the apartment. He was shot in the abdomen and taken to a hospital. 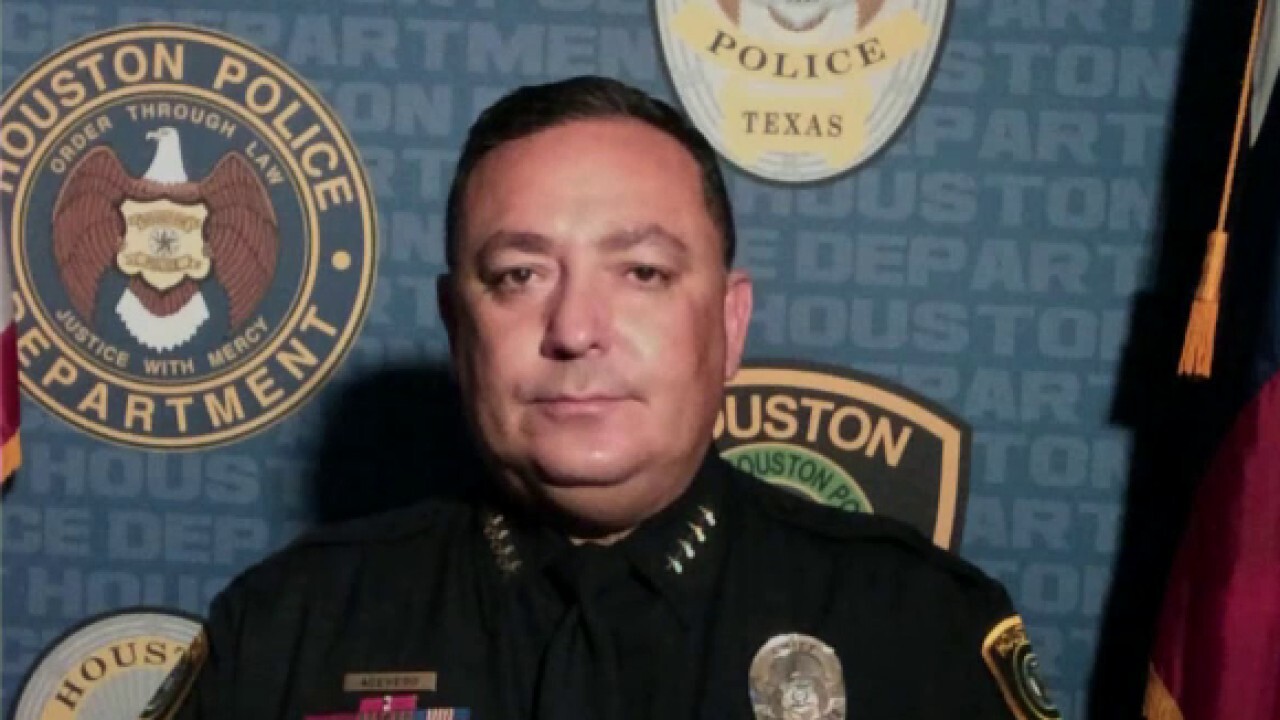 Houston police chief on shooting death of officer: 'We are going to miss him dearly'

ICE officials say the suspect who killed one Houston police officer and wounded another was in the U.S. illegally.

Manzano faces capital murder and attempted capital murder charges in the death Preston and the shooting of Waller, respectively. He also is charged with aggravated assault.

The estranged wife also offered condolences to Preston’s family and urged victims of domestic violence to not be intimidated by their abusers and call police for help.