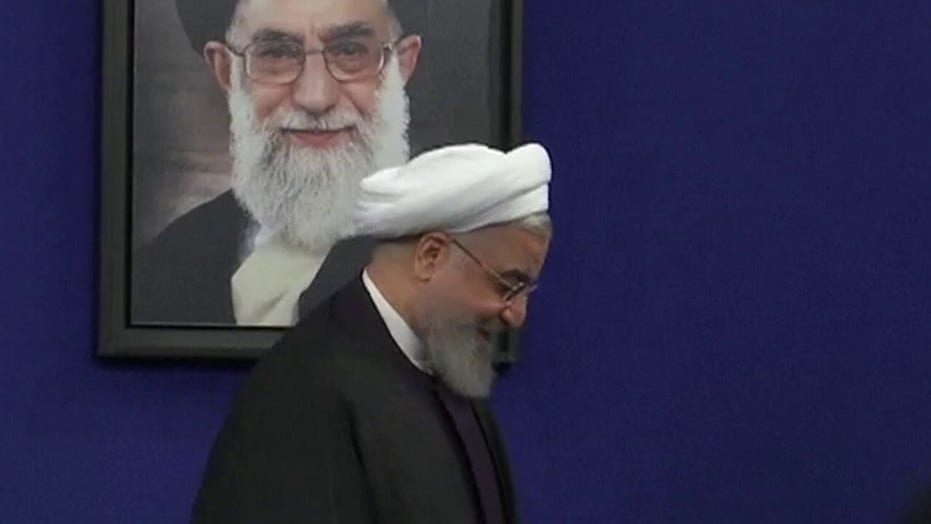 Gen. Jack Keane on the normalization of relations between the U.A.E. and Israel... and which Gulf nation could be next.

Israeli Prime Minister Benjamin Netanyahu has called reports that the U.S. will be selling F-35 fighter jets to the United Arab Emirates in light of their recently established diplomatic relations “fake news.”

Netanyahu attempted set the record straight after reports by Israeli media that the new agreement between Israel and the U.A.E. would “normalize” their relations and permit the sale of U.S. military equipment, including F-35s.

“The peace agreement with the U.A.E. does not include any clauses on the matter, and the United States clarified to Israel that it will always safeguard Israel’s qualitative edge,” Netanyhu said in a statement Tuesday.

NETANYAHU ON UAE DEAL: ARABS REALIZE ‘THEY CAN’T BE HELD HOSTAGE BY THE PALESTINIANS’

The Israeli prime minister made his statement in response to an article by Israeli news outlet, Yedioth Ahronoth, which first reported the alleged deal by the Trump administration to sell F-35s to the U.A.E., which could open up military deals for the U.S. that went against previous norms in the region.

Netanyahu called the report “fake news” and said, "Israel did not give its approval for any arms deal between the U.A.E. and Israel, despite reports by the media and left wing,” Haaretz reported.

Though The New York Times reported Wednesday evening that security officials gave a “classified briefing” regarding the F-35 to U.A.E. officials prior to the U.A.E.-Israel agreement.

Washington has traditionally refrained from militaristic deals in the Middle East since the 1970’s, largely due to the perceived threat that Israel faces in the region.

Netanyahu made it clear that Israel would still oppose any such militaristic deal between the U.S. and any Arab nation.

“[Israel] has opposed the sale of F-35 jets and other advanced weapons of any sort in the Middle East, including Arab states that make peace with the State of Israel,” the statement said.

The White House has promoted the U.S. brokered deal between the U.A.E. and Israel that established diplomatic ties, and Trump alluded that more countries are on the cusp of forming diplomatic ties.

White House Press Secretary Kayleigh McEnany also told reporters Wednesday that she wouldn’t “confirm or comment on proposed defense sales or transfers until they are formally notified to Congress.”

Israel is reportedly the only country in the Middle East that posseses F-35s.